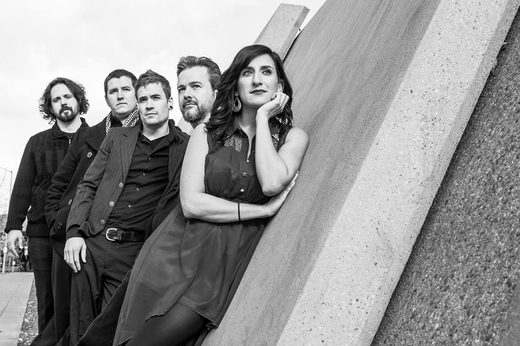 Sammy Witness and The Reassignment blend folk and indie-rock stylings with jazz-tinged vocals to weave a sound at times reminiscent of Sheryl Crow, Jenny Lewis and Grace Potter but altogether uniquely their own. Sammy has pieced together her new backing band, The Reassignment. With the exception of Sammy and utility player - Aaron Walters, the entire band consists of Berkley School of Music graduates who have 'reassigned' themselves as Seattle locals by way of Boston. The Reassignment is made up of Colin Mclaurin (Drums), Nick Fair (Lead guitar), Nolan Watt (Bass), and Aaron Walters (Multi-instrumentalist).

More on the Reassignment:

Colin Mclaurin is a drum instructor at Seattle Drum School as well as the drummer for Whiskey N' Rye. Bass player, Nolan Watt previously played in Charlie The Most (Boston based funk Band) and is also the bass player for Whiskey N'Rye. Guitar player, Nick Fair is a guitar instructor as well as a band member of TuN. Aaron Walters can also be heard playing drums for the Seattle based trio, Stres

“Her appearance at KBAC and her song ‘Pretty Bird’ turned out to be two of 2013’s most welcome surprises!”
-Ira Gorden, 98.1Fm KBA

“There’s a sweet timbre to Sammy Witness’s voice that can be deceiving. Just when you start to think she’s not the type of singer to break out into a guitar-and-percussion-fueled rock frenzy, an explosive track like “In Spirals” comes along – and you’re jolted out of any notions you might have had that you were dealing with another slow-strumming coffee-house folkie.”
- Peter Chianca, Wicked Local Plymouth