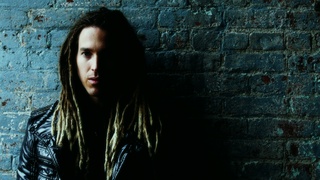 To categorize Adrian’s entirely self-produced music into a particular, limiting genre would betray his roots and principles. The product of a multi-cultural upbringing, Adrian grew up in a home filled with classical, pop, reggae and theater music. As he matured, Adrian developed an interest in the Afro-Caribbean beats of his peer group, and in avant-garde jazz and electronica. The result is an artist with a completely refreshing amalgam of rhythms, riffs and tonal colorations, reflecting Adrian’s unique and personal development as an artist and musician.

Adrian’s musical training began with classical and jazz piano at age six in Caracas, Venezuela. As a teen he formed several bands and became proficient in playing drums, the basis for his current fascination with layered, syncopation. After interning at Taurus (a major production studio in Caracas) in 2000, Adrian began to experiment with an eight-track machine, and soon developed a love for recording, editing and processing his own music. It was not long before Adrian was invited to co-write a soundtrack for the award winning “Ayer Empieza Mañana” by Tuki Jencquel. His music was also quickly included in a television ad for Boast Brand Shoes.

At the end of 2000, after completing an electronic music course in Barcelona, Adrian moved to Florida to continue his study of music composition and performance at Rollins College. Then, at the California Institute of the Arts (CALARTS), Adrian focused his studies on electronic, electro-acoustic and acoustic composition, until his graduation in 2005. In 2003 his Digital Concrete composition “Washing Machine” was nominated for an award in the CEAIT competition in Los Angeles. While living in L.A. he enjoyed collaborating with artists such as Starmagix, Ben Roberts, Julio Moreno and Dave "Mr.Cocoon".

Over the last five years, Adrian has continued to develop his skills in sound design, mixing, performance, recording, digital and analog synthesis and mastering. Adrian’s compositions are an experimental movement in space - through his soundscapes you can sense Adrian’s interest in earth and life and his deep love of nature. His music and words are his philosophy with which he seeks to inspire positive consciousness and love.
« View This Artist's Complete Profile
Connect with OurStage: Facebook Twitter YouTube FourSquare Newsletter RSS feed
ADVERTISEMENT
?Need help?
Copyright © Amazing Media Group  2006-2021
p
A
n
E
F
Song Title by Artist Name