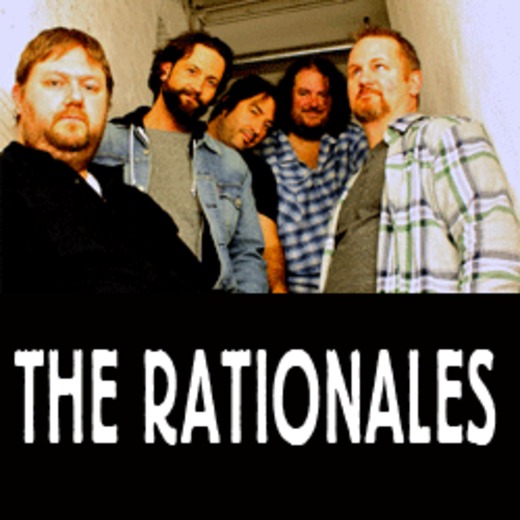 Lushly crafted American songwriting, bursting with heart, hooks, and harmonies from a 5 piece band from Boston.
Known both for solid songwriting and dynamic live shows, "the rationales textured melodic rock, fizzes with an energy that is difficult not to let yourself wholeheartedly sink into. "

"One of the best songwriting outfits in New England music today. This new effort, from start to finish is one that belongs in your record collection. Highly Recommended."- Ryan's Smashing Life

"Textured melodic rock, [that] fizzes with an energy that becomes increasingly difficult not to let yourself wholeheartedly sink into. "- Americana U.K.

"A heady mixture of West Coast harmonies and jangly guitars that steers just the right side of edgy to keep the songs interesting and even."- Maverick Magazine (U.K.)

"These guys know their way around a power pop hook, serving ‘em up by the barrel with choruses that stick in your head for days on end.- Twangville.com

"'The Distance In-between' is a quantum leap forward for The Rationales – a terrifically cohesive record that is sure to please fans of pop rock that have a closet fetish for a pinch of alt-country."- Bill’s Music Forum