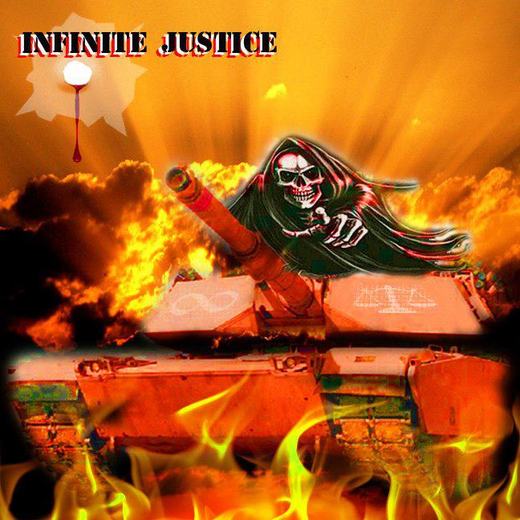 After 9/11/01 when the United States of America declared we would rid the world of the terrorists responsible for 9/11/01, the military action that followed was called Opperation Infinite Justice. However because of a major muslim backlash the name of the opperation was quickly changed out of respect for the muslim religion. Not a whole lot of people are aware of this and thus the name of our band emerged.