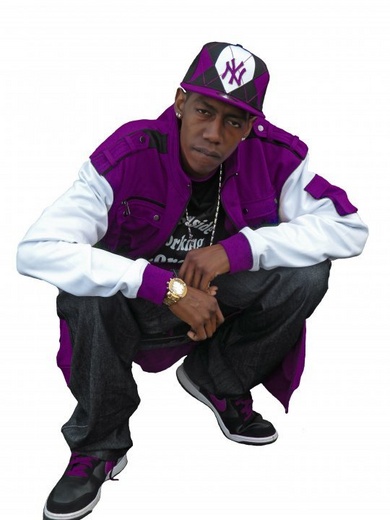 Young-Slim, was born on July 3, 1987 in Baton Rouge, Louisiana (Jigga City). Slim wasn't your average kid, whenever he got money from someone he would hold on to it like it was his life. He learned about stacking paper since a youngin, Slim saved money that folded and money that jingled. In middle school Young-Slim started writing his first raps with his friends in a group called "Lil Souljas." Then around the age of 12 Slim started to get adapted to the street life, next thing you know he went from grindin in the hallway to grinding in the streets. Slim stayed in Baton Rouge (Jigga City) until the age of 14 and then he moved to New London, Connecticut in 2001 and resided there ever since. Young-Slim seriously started writing lyrics in 2006 at the age of 19, when he got an indie deal with Northside Networking Records founded by CEO Tic-Toc. Then in 2007 he released his first mixtape titled "Wut They Talking Bout." And in 2008 he hit the world with the long awaited album titled "Making Bigger Moves," which brought a number of crowd pleasing hits like "Everyday Struggle", "Throw Ya Hood Up", "Getting Money", and many more.Since then he has been growing with quality and versatility in his music. Taking his time making sure each song is complete before he go on to the next one. Which the world will get to witness on his next mixtape titled "Trap Money 2 Rap Money". This is expected to be Young-Slim's biggest release thus far. With two singles flooding the internet and internet radio titled "Getting Money" (featuring Kid Smoove) and "Gutta Bitch". You can expect "Trap Money 2 Rap Money in a hood near you around Spring 2010. If you like an artist that keeps it real but has talent and bring quality as well, then you definitely will like what Young-Slim brings to the table.
For more on Young-Slim visit
http://www.myspace.com/northsideyoungslim
http://www.jango.com/music/Young+Slim
« View This Artist's Complete Profile
Connect with OurStage: Facebook Twitter YouTube FourSquare Newsletter RSS feed
ADVERTISEMENT
?Need help?
Copyright © Amazing Media Group  2006-2022
p
A
n
E
F
Song Title by Artist Name