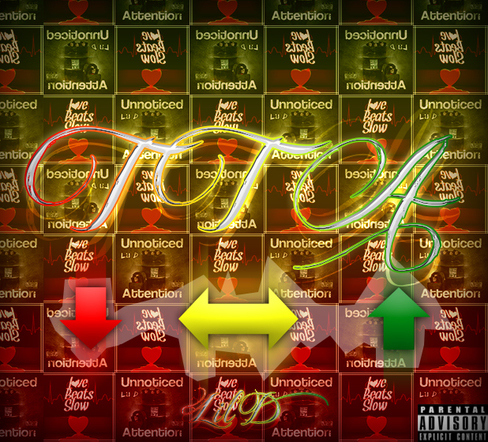 Devon Jamari Sanders (Born September 23 1993 in Berkeley, California, raised in Sacramento, CA)better known as D.S Aka Lil D. He is a singer, rapper, songwriter and engineer. He has done MANY collabs with local musicians in Sac and different areas around the world from UK, ATL, LA, Germany, etc., expanding his slowly growing fan base. He has had a love for music since the age of 5 where he would be singing anything that was catchy on the radio, to classic hits his mother would play such as jagged edge, jon b, brian mcknight, etc. He also would sing the oldies music his father would play such as marvin gay, the temptations, chi-lites etc. He begin recording and engineering his own songs at the age of 14 and has gotten better each year. Upon recording music he formed a group with talented rap artist Teavyoso to be stunaboyz and made 3 group mixtapes: Gettin Totally Active, S.B The Refreshment, and Great Days Summer Nights. He has completed his first solo official mixtape titled L♥ve Beats Slow, which was released February 25th 2011 for digital download. He also has finished his 2nd mixtape called Unnoticed Attention which was released August 20th 2011 for digital download and physical release. His next mixtape to drop is titled The Third Attempt(T.T.A) which was released March 21th 2012 for digital download only at the moment.His most current mixtape to drop is titled Preparation, which was dropped on 1/26/13 for digital release. check out his youtube page www.youtube.com/LilDOfStunaboyz and for booking/collabs/etc. send details to the email lild5100@yahoo.com