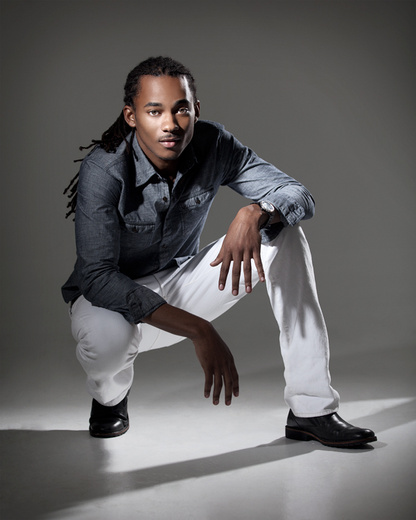 Born on the south side of Chicago, ADRIAN, formerly known as "KonCept" started his musical journey at the age of 9 playing piano. His music has made it all the way into the hands of Russell Simons, Cash Money, FMG, and Universal Records. Influenced by music such as The Roots, Mos Def, ATribe called Quest, One Way, all the way to Bob Marley, Femi and Fela Kuti, Red Hot Chili Peppers , Jill Scott, Lauren Hill, Marvin gay, Al Green and many more. With a presence compared to Kanye West, Common, Lupe Fiasco, and Black Thought combined. He’s been called an “MC on steroids”. By age 17 he enrolled at Columbia college of Chicago majoring in Musical Engineering. There he made connections with all the right people by the name “Koncept” and began recording professionally for the first time. The young and aged are both guaranteed to find something to relate to in this artist’s playlist. Frequently accompanied by his group the "GoodGrandKidz" this team is just waiting to explode. With such an original combination of Hip Hop, Rock, Pop, and neo soul.. “Koncept” is destined to be heard all around the world. It would be cliché’ to say this music is the next big thing. But when you have something you have something and “Koncept” has everything. This music will be around for decades to come and beyond. Just listen and see for yourself. It’s simply UNDENIABLE! Truly timeless. Peace love and MUSIC...