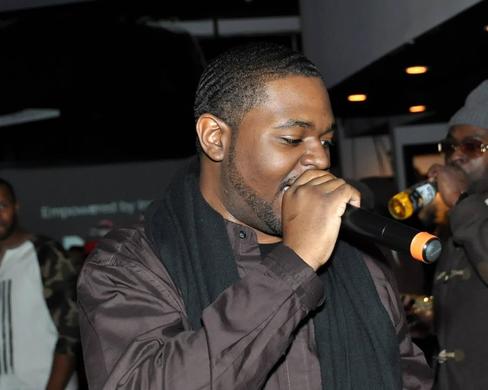 About Rox a.k.a Mr.YoungRichieRich... Coming straight from Brownsville Brooklyn, Rox aka Mr.Young Richie Rich not only strives to captivate you with his potent lyrics. But he strives to captivate the hearts of millions that have been through the struggles in urban societies, destined to be one of the most unknown prolicite M.C.'S out on the market Rox is clearly here to stay...Here's a little of his story... Rox aka Mr.YoungRichieRich was born June 23,1987 to Jeannette love and Gerard Willis Sr. As a young child Rox was filled with great ambition and lots of energy. He was always dancing,singing,acting out scenes from movies, beat boxing and more importantly rapping. He stayed optimistic but life would soon test his inner strength. With only one parent in his life, a mother who struggled to raise two children, he himself struggled as a person and finding who he was as a young man. It was at a young teen Rox discovered his rapping ability. Although he was far from an amazing lyricist; Rox proceeded with introducing himself to local rappers. At first they would laugh and make a mockery of his lack of skills. This only made Rox grow hungrier for respect. Their laughter pushed him to practice harder and when he returned his flow was proven to be no longer underestimated. It was at this point Rox would find a new friend. The CD player He carried it everywhere with ripped headphones, a scratched up surface and a missing battery cover that he often replaced with tape he played lots of instrumentals and wrote to all of them. The music became less of a hobby and more of a passion. Soon enough he would lay tracks of his own and form a team under his own label and become the founder of DeepStreet Ent.. A troubled young misunderstood teen he and his family would move in and out of apartments and shelters and deal with welfare services to survive. The music kept him grounded. Rox expressed his pain, his story, his plans and his soon to be known and unknown soon to be legacy through his music. He is unique because he has his own style. He is rare because of passion which makes his soul show threw tracks. He is Rox and he is Raps future!!!...