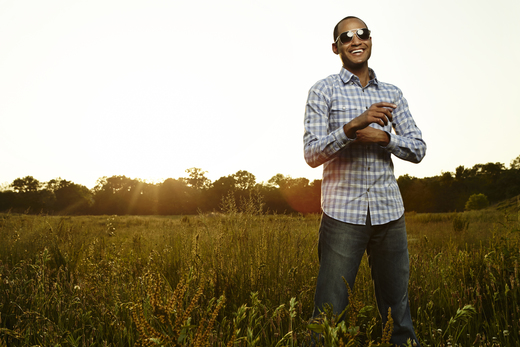 Growing up in Kingston,Jamaica, Richard George had a great passion for music and dreamed of the day when making it would become his career. He first realized that his talent was somehow different from others at the tender age of 7 years old when he had to stand in front of his class and sing “Do Re Mi” from The Sound of Music, it was their final exam. He remembers being so incredibly surprised when, upon concluding his performance, the entire class including the Teacher erupted in cheers of pride and astonishment. That was probably one of the single most encouraging moments of his life. However, it wasn’t until he moved to the U.S. at the age of 12 years old that he discovered country music and cemented in his head that it’s the genre he was born to perform. Richard has a very eclectic palate when it comes to music; he enjoys Pop, Country, RnB, Classical, Jazz and Reggae to name a few, but there is just something about country music that truly completes him.

With the inspiration of some of his favorite artists like Rascal Flatts, Keith Urban, Blake Shelton, Jason Aldean and Lady Antebellum, Richard has written many songs over the past several years and continues to improve and hone his writing skills. He has tremendous natural story-telling ability and a clear understanding of song structure. His unique, emotion-evoking tenor voice cuts straight to the core of his passion and allows his listeners to join him in his journey from one verse to the next.

Richard has worked with some of Nashville’s most talented Musicians to create his first EP, “About a Girl.” It is a collection of songs that recount the story of getting to the one you love, how it feels when you’re with them, dreading saying goodbye and the expression of gratitude for them always believing in you. This guy is one of the nicest and most talented unsigned artists out there and there’s a lot more to come from him, so get ready music industry!