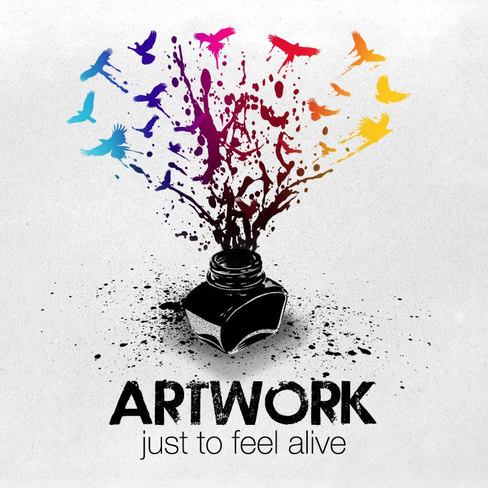 ARTWORK is a rock band based out of Hoboken, New Jersey -- minutes away from the bright lights of New York City. Since forming in 2009, ARTWORK quickly gained attention by crafting songs that build a bottomless bond with listeners. Infusing rock elements with pop sensibilities reminiscent of Foo Fighters, The Beatles, and Tom Petty, the band's essence is undeniably captivating. "ARTWORK paints a canvas... you'd be sorry to miss out on!" - Daniel C. Morrison/Alternative Revolt Magazine.
ARTWORK released their debut EP, "Just to Feel Alive", on March 13, 2012. The band's effort was self-recorded at Soundwar Studios, produced by Jaime Munoz, mixed by Dan Korneff(Breaking Benjamin, A Day to Remember, Paramore), and mastered by Richard Dodd (Tom Petty & The Heartbreakers, Kings of Leon, Dixie Chicks)

Since then, ARTWORK has been featured on numerous radio stations such as 95.5 WRAT The Rat as well as The New York Songwriters Circle. “The band clearly has the skill to create heartfelt songs while simultaneously showing off their chops as musicians, a combination that does not always reveal itself so early in a group’s career.“ – John Saegar/LongAfterDark.
Additionally, the band’s first single, "Skies", is currently SongCircleMusic.co

"Just to Feel Alive" is AVAILABLE NOW on CD/Digital download via I-Tunes and various other digital outlets.