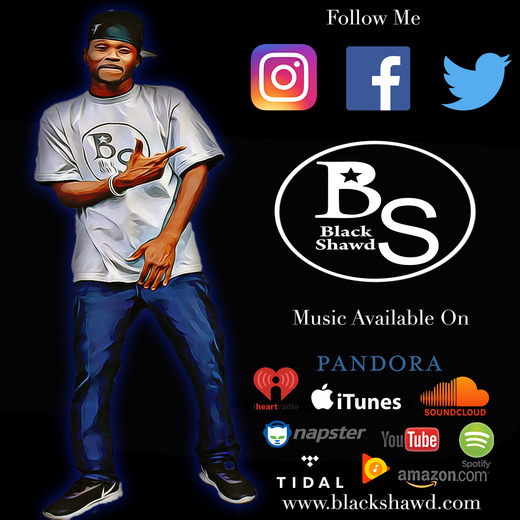 Atlanta based artist Black Shawd sets to break all the records.         A musician with so much passion for music, Black Shawd seeks to enlighten the world on his life journey through his music. He lyrically expresses himself in the deepest way to send out the message of his daily struggles as a musician. Black Shawd brings out the best of himself and opens up on his life struggles to become a musician reflecting on growing up and watching things around him change.

Rather than an attention grab or mainstream pull, Black Shawd seems to be putting his truest ideas into his music; He remained the same amidst all his hardship and diversity. In the past few years, he has lost a brother, best friend and music mentor.

For the listeners he give them a journey through his life, while also addressing the political state of America and also the state of hip hop and how he makes it better. The powerful song off the album "Still Me" a song called ‘Lord Talk to Me’ is a play off a Kanye West Jesus Walks. Asking father God questions he thinks everybody is confused about. With catchy hooks, artistic lyrical floetry and great content of music this album is a must listen from an artist who seeks to create a positive impression in the minds of his listener.