Nigerian American  singer songwriter Achi Bryan  Amamihe  more popularly know as  Bryan O’Quinn comes from a working-class family, His father a hard-working managerial businessman and his mother a creative homemaker turned entrepreneur, exposed their child to the arts through academics at a very early age. He began singing and dancing when he was just two years old and, when he was three and a half, he performed song, dance and very clever storytelling, before a lively audience of third graders. Enchanted by the talented tyke, Students and Teacher asked O’Quinn’s Grandmother, who at one time co-hosted a praise and worship radio show, to bring him back weekly, and that she did. By the time he was in junior high school, he had begun to participate in music competitions, workshops, and The Children’s Theatre that’s when he began to write songs. After high school completion, He sought secondary education through certificate course programs at both North Carolina and Philadelphia Schools the Performing of Arts O’Quinn took private voice lessons at the Community School of the Arts in his hometown. Already a working model, singing with several original music and cover bands, Bryan O’Quinn is specialized in various forms of music, dance and photography. Furthermore Bryan is not only a singer, but also a writer and producer. 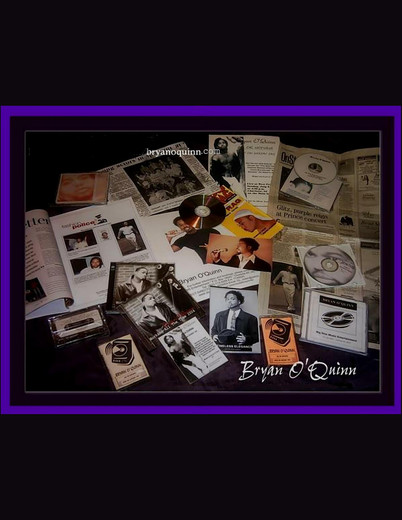