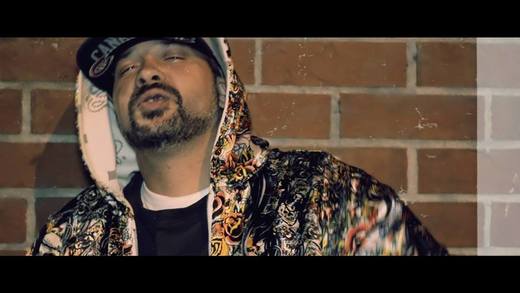 as a young man rappin came naturally to him and at first it was just fun,but friends and fam told him he was pretty good at it so he decided to write songs and make beats and try his luck at at it ...turns out they were right he has since released two albums one most recent called still down through b.m.e canada and a previous release called its about time independently ...its about time sold out.l he has played everywhere from the Olympic stadium in Montreal to the harvest jazz and blues festival in Fredericton he has four videos on youtube first is life's questions from the lp its about time and the second is can u make a million dollars from still down the next one is im a put in work and bigger than life.He is soapy in the movie skate proof and will try to put Fredericton on the world stage with his music .Growing up in Montreal, he began rapping after being influenced by groups like the Sugarhill Gang

“It was just something that had to be done,” says Dread reflecting on his beginnings in hip-hop

“It was the music I really liked when it first came out so it stuck with me. And over time it became an emotional outlet and now a way to pay the bills.

Dread left his family to live on his own at the age of 18. He says that, at the time, money was tight and it was time for him to fend for himself

When Dread eventually arrived in the Fredericton, he had no money and no place to live

His weekly escape would come in the form the hip-hop night hosted at the Capital Complex. “I used to go to those religiously,” he says

In the final weeks before the event was scheduled to be discontinued, Dread met Michael Doherty and Mat Fitzgerald.
The two hit it off and Ceeb was soon brought in as a member of their Reggae band, Dub Antenna

“It was wonderful, it was all love because we came together so well and gelled so well,” says Dread about his time with the group

“If they wouldn’t have done that for me there’s a good chance I might be homeless still or in jail or doing something else.

Dread’s new album Still Down launched two weekends ago at the Capital and is getting air time as far as New York City, but it was through hardship that the disc was made

“A lot of her is in it,” he says when talking about the album. “I wrote these tunes while she was alive so it has a little and a lot to do with her life.

The difficulties and obstacles in Ceeb Dread’s life have been many, but by breaking through them he has gained strength he has today

“In order for someone to have character they had to have had something to overcome. You fall down but stand up again.”