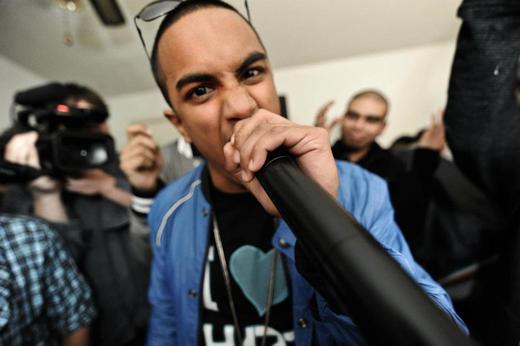 Nothing less than a goldmine of unbelievable talent, Celestial is a Los Angeles, Hip-Hop artist who has an extensive career of accomplishments beginning from his young, teenage years! Hailing from the well-respected Project Blowed group and the most influential West Coast Bengali rap group, Crown Fam (formerly BCF), his underground credential has been well garnered.

Accomplishment upon accomplishment, the 20 year old artist writes, mixes, and masters all his own music. In 2010 he released the much anticipated “Substance Abuse”, which reached audiences throughout the world! He has rocked countless stages, audiences, and venues throughout the nation! He has been on CNN, NBC News, the frontpage of the LA Times, HBO, featured in book stores, Sirius Radio, KissFM, ATN Bangla, numerous documentaries including PBS, and even placed top 10 internationally in the 2008 Youth Speaks, spoken word slam competition! Furthermore, he is honored by veterans in the underground battle scene of ‘Grind Time’, the largest rap battle league in the world.

At the age of 20 few have even come close to what Celestial has achieved! Currently working on his next album, Celestial is awaiting the attention of major labels. Needless to say, a single glimpse is all it takes to understand that he will easily be the next industry break-through.