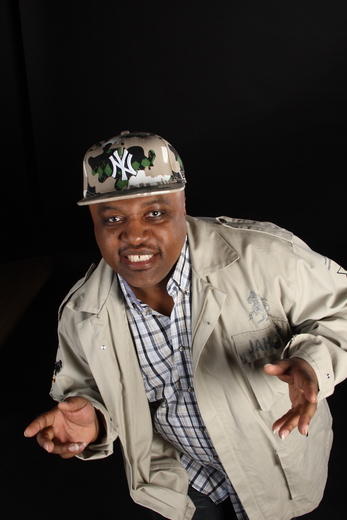 'Babylon City -'Clinark presents this new song inspired by the Summer Riots in 2011 in Tottenham, London. Clinark sends out this message for the youth,  'Babylon City  ' Download On ITunes  on Monday 16 April 2012.

Clinark became the known as 'The Reggae Torch' after a line in his song 'Inspirational Prayer' which goes: 'I just re-ignited the torch as one of your soldiersThough many trials and tribulations, I've been through.' © 2005 Clinarke Dill & Juliet L Edwards

Reggae singer and songwriter, Clinark (pronounced Klin_Ark), real name Clinarke Dill. His music career started  out as a  lead singer and musician (keyboard & drums) on the British colony of Bermuda for top Bands  'Youth Creation' Studio Six' & 'Jahstice. He was brought up as a Seven Day Adventist. He is renowned for his  ability  to span all ranges, extending to tenor, coupled with a captivating spiritual stage presence. His repertoire stretches from Bob Marley to Michael Jackson.

BRITISH REGGAE INDUSTRY AWARDSClinark's  Album -A Tribute to Michael Jackson A Legend and a Warrior is currently nominated for Best Newcomer by public vote on Britreggae.com by the British Reggae Industry Awards (BRIA) 2013. Clinark's current album 'Journey to Foreign - Deluxe Edition (2011) WASalso nominated for Best British Album by BRIA for his acclaimed classic Roots, Culture and Lovers Rock album updated from (2008 ) to include 20 Dub mixes.

Meanwhile, Clinark and the team continued to work on the 'Journey' album project and started recording with top producers, Mafia and Fluxy. The scheduled clashed with the Journey album recording but they managed a couple of  rehearsal and finally they all got together for the Holland concerts. The live recording for the 9 track album was at the prestigious Dutch venue 'Groene Engel ' in Oss, was done by sound engineer Sander Hartman. Miraculously his recording captured the first performance perfectly. It was also the first time a Reggae show had taken place at the venue. Clinark also performed to large audiences at LVC Leiden, and Paradox, Tilburg, the following week. In August 2006 Clinark took a brief trip to Bermuda where he announced on Power 95 radio, the promo release of the CD. It produced a great response from the public and fans. An interview with Clinark in the Bermuda Royal Gazette brought further interest from the rest of the world. Nurture Projects eventually brought forward the release of this album 'Clinark Live in Holland with Poor Man Friend Band.' Clinark's talent was embraced by the British and Jamaican Reggae Industry. Clinark's self penned debut studio album 'Journey to Foreign' (2008). Journey To Foreign Deluxe Edition' was released in 2011) was also nominated for a British Reggae Award in the Best Brit Album Category.  He worked with producers Mafia & Fluxy and includes collaborations on some of the songs with Maxi Priest, Richie Spice, Luciano, Kofi,Brinsley Forde (Aswad) Irie Love, Fantan Mojah and Gramps & Peetah Heritage. His song ‘Better Tomorrow’ featuring  Maxi Priest won a Clinark a nomination as 'Song of the Year (2009).'

Clinark also achieved prominence for his album 'A Tribute to Michael Jackson - A legend and a Warrior (2010).' The album covers songs sung by Jackson with what Clinark calls a 'Reggae twist.'  Most of the songs have a Reggae influenced vibe, some are straight covers, and 2 acoustic mixes.This includes the 2 singles ‘Smile' and ' I’ll Be There.' This work is also nominated for a BRIA in the Best Brit Album category and also Best Newcomer category,for Brit Reggae.com

I'LL BE THERE & SMILE

This stray from Culture Reggae followed naturally after his earlier single release of the Jackson 5 Classic, ‘I’ll Be There.’ Shortly after its pre-release in 2009, Michael Jackson died, track became a dedication to the King of Pop. Clinark says” I was devastated that Michael passed and decided to do another single 'Smile' which was one of Michael’s favourite songs.” It was released in December 2009. So many of Michael’s fans contacted Clinark on Facebook and twitter with more requests for Jackson covers, that he was persuaded to put out a whole album of Michael Jackson covers.