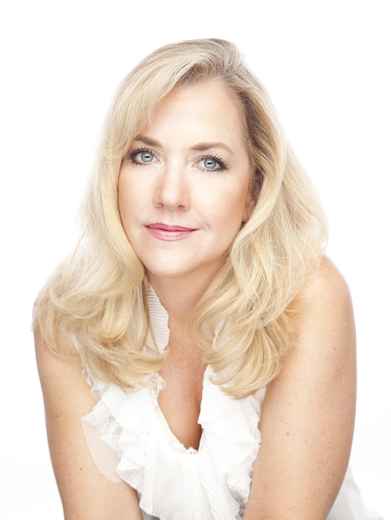 Deborah Pyle Wedekind (pronounced: wee-dee-kind), brings an uplifting pop approach to timeless standards we all know and love.  Viewed by many as a “female Michael Buble”, she adds a fresh, exciting, vibrant, and yet beautifully different approach to her arrangements. She certainly has developed a sound all her own.  In her new CD, Clear Skies Ahead, these lush arrangements are only outshone by her vocal clarity and range, reminding some of “a young Barbara Streisand” or a “female version of Josh Groban”.

Though a recent entrant into the full-time music scene, Deborah comes from a highly talented and musical family, with six brothers and sisters all either involved professionally or otherwise, in music and acting. She chose to get a marketing degree from UT Austin while continuing to pursue her passion for performing.  Now living in Kingwood, Texas, part of the Houston area where she was raised, she has recently completed her music degree.  Now she’s not only arranging and performing music, but has composed her original and highly acclaimed: “Psalm on Danny Boy”, with more original songs in the pipeline.

Deborah has had starring roles in several productions including “Cabaret”, and “Magic Flute”, and has been a guest soloist with the Kingwood Pops Orchestra, Houston Chamber Choir, Houston Symphony Chorus, and the Kingwood Chorale.  She often “hears the music” in her head, and feels that writing songs and arranging them, along with performing, are her life’s calling now: a gift she believes comes from God.  She wrote or arranged all the songs for Clear Skies Ahead, along with her Producer, Troy Warren, of Absolute Sound, in Houston. Troy has stated that he ranks Clear Skies Ahead at “the very top of his long list of CD’s” he’s produced in his over 30 years of work.

Her husband, Larry, is also a professional singer in addition to his busy life as a CEO, and lends his resonant vocals to the duet, The Prayer, on Clear Skies Ahead.  Through the caring support of her husband, along with the talent and successes of her family, Deborah was inspired to “get out there, and make my dreams of performing and writing music a reality”.  And so she has.  The Observer in Houston has said that her “vocal style is so unique and smooth, that it’s almost unparalleled”.

A born performer, gifted speaker, arranger and songwriter, as well as an experienced businessperson, Deborah’s desire is to bring hope, inspiration, and joy to everyone who hears her music. Deborah, Larry and the Clear Skies Band, are looking forward to traveling and bringing her unique, uplifting brand of music and performance to diverse people and events locally and worldwide.