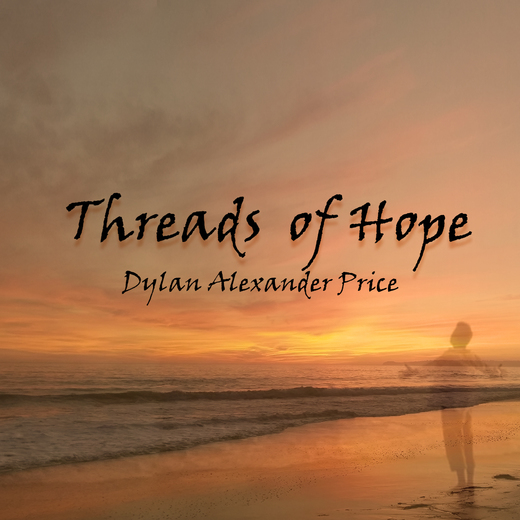 Dylan Alexander Price is a strong believer that music can heal and even change the world.  He is passionate in his belief that, art as an expression of self, can provoke and inspire others to expand their consciousness.."  He adds, “I'd like to think we can each make a difference, one song at a time."

As a singer/songwriter, his pop/electro style has been influenced by Elvis, Elton John, George Michael, Annie Lennox, Coldplay, Johnny Cash and others. When pressed to describe his musical sound Dylan says, "As a songwriter, all I really have is my perspective,” but a few listens will tell you that his is really an eclectic blend of styles, ranging from classic country and western to melodic rock/pop.

A veteran of a constantly changing music business, Dylan released his first single 'Perfection' with Polydor in the Netherlands, Belgium and Luxembourg under the artist moniker 'Alexander Robinson'.   And with Teldec in Germany, Austria and Switzerland.  Perfection was produced by famous Dutch artists/producers Bolland & Bolland who achieved worldwide fame working with Austrian performer Falco, with his US #1, 'Rock Me Amadeus'.   In France, the song was picked up and produced with CBS records under the tutelage of French DJ Jean-Pierre D'Amico from Radio NRG but it was never released.  In the USA, the song was again picked up and re-produced by Jurgen Korduletsch and Bobby Orlando, famous from working with  The Pet Shop Boys.   But once again, the single was never released.  "It was so frustrating to be in a holding pattern, twice", recalls Dylan.  "That's why I began writing and composing myself."

Dylan found a collaborator in Fred Jorio who he met thru a Village Voice ad.  Everyday after working as a maitre'd in a fancy midtown hotel restaurant, Dylan would trek to the East Village to write and record demos with Fred.  "It was like going to songwriting school."  Dylan recalls.  "I'll always remember those days fondly.   Even when I would fall asleep on the subway from working so much long with the music sessions."  As luck would have it, a music video that they did was seen by an A&R man thru a friend of Dylan and the label reached out to Dylan and Fred to discuss a record deal.   Their first album was released under the stage name of 'Blu Max' with Seattle's Nastymix Records, the cutting edge independent rap label for Sir Mix-A-Lot.  The first single, 'Strong Emotion' gained strong radio play selling 50k records with a Euro-style music video directed by Drew Carolan, MTV award winning director of Living Color and the B-52s.  "Friends and co-workers would tell me that they heard it on the radio while skiing in Washington or saw the poster at Tower Records in LA but we never did get to hear it on the radio in NYC."  Blu Max signed with Bob Caviano from Famous Artists, who had also managed Grace Jones and KC and the Sunshine Band.  Bob was also the founder of Lifebeat, the music industry's organization to fight AIDS.  The label was so impressed with the final product from Blu Max that they were shopping for name producers to tweak the songs but sadly, the label filed for bankruptcy after a huge dispute with their biggest artist, Sir Mix-A-Lot and everything was put on hold.  "Once again I was in a holding pattern and it sucked," recalls Dylan.  Around the same time, their manager, Bob was stricken with cancer and unable to devote the time to Blu Max.  "Honestly, I just took a vacation to California and never came back,"  Dylan recalls.  "I remember picking up Billboard and seeing Bob's obituary months later.  He loved yelling at me cos I was always challenging him,"  Dylan recalls fondly.  "He was one of a kind."

Dylan traveled to London, England on a whim and to check out the music scene.  At that time, Noel Gallagher and Patsy Kensit were on the cover of Vanity Fair and London was all the rage, as the draconian liquor laws had changed and the nightlife had never been so vibrant and exciting.   "Going to London turned out to be a very good thing,"  he recalls.  "I ended up co-writing and collaborating with so many talented writers,"  After several attempts to move forward, Dylan kept discarding his new work.  "Looking back now, I was conflicted.  I was so driven and productive but I had an unconscious fear of being famous. Of exposing myself like that.  I was a master saboteur of my own creation.  But I did write a lot of songs and the adventure was amazing and no one can take that way from me now.  I did it on my own terms."

After a family trip to Nashville for a family reunion, Dylan decided to stay there to absorb the music scene.  Thru a mutual friend at the Bluebird Cafe, Dylan had his first guitar lesson with famous musician Bob Jackson.  "It was 30 minutes, he gave me some chord books and showed me the G, Em, C & D progression and said go away and practice.  I came back the next month and played him a song that I wrote with those chords.  I still remember Bob saying, Congrats boy, you are as good a guitar player as some of the best songwriters in Nashville."  Working at the Wildhorse Saloon as a server, Dylan continued writing and practicing guitar while looking for collaborators.  "I was missing London and I felt like a fish out of water, at that time.  Everyone I worked with at the Wildhorse were like characters from a Country & Western song,"  he recalls.  Dylan moved back to London and continued practice and writing songs in the kitchen of his flat on Malvern Mews.  "I had wisely learned that being a bartender was the best trade to make money and give me plenty of free time."  After a near-death experience for his father, Dylan decided to move back to the USA to be closer to his family.

"Living in NYC the second time was so much better, Dylan recalls.  "Older and wiser and even more focused."

Dylan put together a band thru a post on Village Voice and slowly assembled a 5 piece group to record and perform songs around lower Manhattan.  "We played Arlene's Grocery, Baby Jupiter and CBGB's", he recalls.  "We had so much fun!   We got first runner-up in an online contest for the shoe company, Steve Madden which gave us a lot of exposure and we opened for Nora Jones for a BMI sponsored acoustic show, just before she broke big."  bi-phonic released a full album thru bi-did-it records in New York City.   "I still recall the excitement of seeing the first CD cover and getting the phone call the same day that our guitarist didn't want to do it anymore, he wasn't feeling it," Dylan recalls.  "It was the same week as our release party at CBGB's.  Such is life".  After a half-hearted attempt to salvage the project with another guitarist, Dylan moved on and let go.  "I started writing and performing my own songs, alone", he recalls.  "I was working with another very successful songwriter who had a lot of Top Tens in England who wanted to sign me to a deal", he says.  "But my intuition or my better judgement didn't like the terms so I politely declined.  He never spoke to me again.  I stand by my decision."

Once again, Dylan was on the move back to Los Angeles for new energy and new adventures.  "I've always had a knack for re-invention," he recalls.

It was Dylan's song, 'Hope is Alive', that became the catalyst for his next project.  "Obama was running for President on a platform of HOPE and a friend of mine had made a music video montage of documentary style footage that was very powerful and moving," he recalls.  "It was the seed that created the flower of my next incarnation."  Dylan's following album, 'Threads of Hope' was self-produced and released in 2016.   The album includes music videos for 'Open Wide', "Ode to the Whispers' and 'Undivided'.  "I have no interest in being famous or being a celebrity.  But I am compelled to be creative and express myself", he replies.

Again, compelled by real time events of the 2020 pandemic, Dylan has released a new collection of songs under the title, 'Zeitgeist'.  The first song and music video, 'So Damn Tough', is an ode to healthcare works on the front line of this virus.  It's a song to remind everyone to dig deep inside themselves.

Dylan credits the craft of songwriting as the most rewarding gift on his continuing journey.