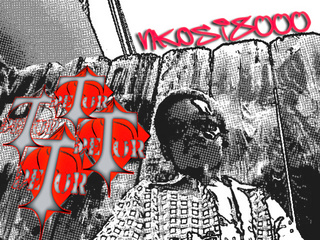 yeah whus up this is diz5000 27, been doing my thang with a couple of cats music wise and all the while my son who is 11 now was slowly gettin his swag up then one day he was reciting a rap in the shower that i had wrote earlier that day i mean the same way i was saying it he was spittin it harder so i asked him how he learned it he said he was listening to us practice so i had to put him on so we co write our songs and he helps me on the production so at 11 he is already a songwriter and producer as long as he and i stay focused the sky is no limit get at us because we got a lot of material LINKS FOR VIDEOS YOUTUBE.COM/DIZ5000 MYSPACE.COM/5000 PRODUCTIONS

STAYIN BUSY by MURDER DOG MAGAZINE
LAST MONTH DeToR performed at JUNETEENTH IN SAN JOSE CA. WITH OVER 9K PEOPLE NKOSI8000 PERFORMED BY HIMSELF HE RIPPED IT ALSO THE 18TH OF JULY WHICH IS 2MARROW DeToR WILL BE PERFORMING IN THE...
p
A
n
E
F
Song Title by Artist Name