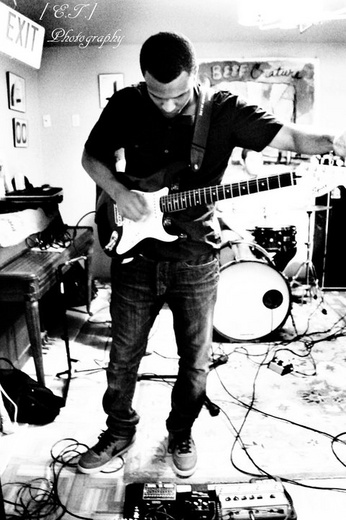 Aaron Stephens was born May 4, 1991 in Skokie Illinois. At the age of seven he and his family moved to McAllen, Texas where he lived until he was eighteen. He started playing guitar at the age of thirteen so that he could play at church. At the age of sixteen, Aaron started playing a number of shows all through out South Texas. After building a fan base in McAllen, Aaron decided his next move was to go to college in San Marcos, Texas so he could be close to the Austin and San Antonio music scene. In San Marcos he plays at least one to two shows a week when school permits and is known for getting the audience’s attention with his guitar playing and soulful voice. Aaron’s sound has been compared to the likes of John Mayer and John Legend.

Valley football hero's younger brother aims for rock star glory by
Aaron Stephens isn’t worried about living in the shadow of his older brother, a living legend of Valley high school football. He’s much more interested in doing something great on his own.The...
p
A
n
E
F
Song Title by Artist Name