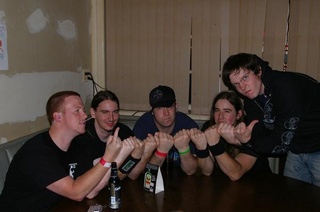 Absolute Vengeance, Absolutely Awesome by Metal Martyr
by Scott on October 19th, 2007You know those bands that really kick ass and you hear them and wonder why they have not been signed yet? Absolute Vengeance is one of them. One of the Band Members...
p
A
n
E
F
Song Title by Artist Name