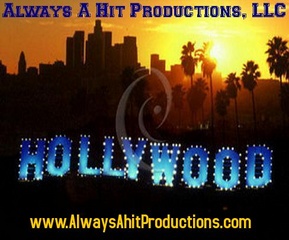 We specialize in Major Label Quality Record Production!! If you have everything it takes but just need Top Notch Productions to capture the attention of the Major Label A&R Execs. look no further!! Our Producers make "HITS" and our connections run "DEEP"!! NBC's "Deal Or No Deal" briefcase model #15 Brooke Long was produced by our very own Jammin'J and was signed weeks later by the same A&R Exec. that signed Gwen Stefani!! For more info contact president@alwaysahitproductions.com You can also visit our other page @ http://www.myspace.com/alwaysahitproductions

NBC's "Deal Or No Deal" Brooke Long Signs DEAL!! by President & CEO
THATS RIGHT!!! AFTER GOING INTO THE STUDIO WITH ALWAYS A HIT PRODUCTIONS AND SUPER PRODUCER JAMMIN'J AND COMPLETING HER VERY FIRST RECORD, NBC's "DEAL OR NO DEAL" BRIEFCASE MODEL 15 BROOKE LONG WAS...
Hall Of Fame Boxer "Terry Norris" Joins The Board by President & CEO
4 time Junior Middle Weight World Champion who faced The Legendary "Sugar Ray Leonard" in Madison Square Garden and Won 12 round Unanimous Decession!! Terry was Elected to the International Boxing...
Lady ~T~ & DEBUT SMASH HIT SINGLE "CONTAGIOUS" by President & CEO
Introducing The Latest Release from Always A Hit Productions, LLC.... Lady ~T~ with "CONTAGIOUS"!! Produced by Jammin'J!! This Multi-Talented and VERY BEAUTIFUL young lady is ready to show the...
Diss-Quick is..."Gangsta Bitch" by President & CEO
Get ready to be BLOWN AWAY with her Quick Flow as she Grabs the Microphone and steps into the "RAP ARENA" ready to take on all who dare Battle against her!! "Diss-Quick" will TAKE OVER the FEMALE...
p
A
n
E
F
Song Title by Artist Name