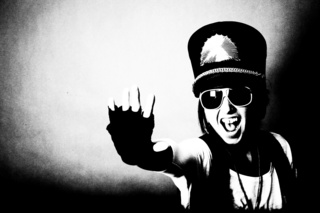 “She’s able to joke between songs and make her fans feel like they’re having a beer with her on a Saturday afternoon, then flip the switch and immerse herself in the depths of somber tune” – Rock City News Alberta raised artist Amy Heffernan never doubted music is what she was born to do. From the moment she saw the music video for the No Doubt song Just A Girl Amy said “That’s it – that’s what I want to do!” Starting out as a drummer, touring Canada and the US with Juno nominated artist Janelle for two years, Amy then packed her gear and left her oil city home, Fort McMurray, AB, and headed south to Los Angeles to team up with her older brother, Doug Heffernan. Doug is an accomplished singer/songwriter who saw radio success in 1996 with the group 3 Penny Needle. While in Los Angeles, Amy attended the Musicians Institute Recording Artist Program winning the “Best Project Award” and began writing and recording her self-titled EP with her brother Doug, and good friend Steve Giles. After her debut release Amy returned to her Northern Alberta home to share what she learned with her home town fans and family. After playing over 100 shows in six months including her so called “Johnny Cash Prison Tour” (playing to countless Northern Alberta work camps) Amy decided to move back to sunny California to begin writing her first full length album. “My debut EP is my baby, but its way too serious” explains Amy. “I can be serious, but not ALL the time”. Amy immersed herself in the Los Angeles music scene, going to as many clubs to watch as many different acts as she could. Steering away from the typical singer/songwriter artists, she drew inspiration from acts such as Lady Gaga, Robyn and Juliet and The Romantiques. In early 2009, Amy along with her brother Doug and writing partner Steve began work on the full length album “Being Awesome” which is now available on iTunes. The album features everything from the radio-friendly party anthem “Being Awesome”, through the love song “I Do”, and a Lady Gaga cover “Just Dance”. It goes on to expose Amy’s soul with the rip-your-heart-out break up song “The Word”. Amy is currently living in Alberta and has appeared with such acts as Trooper and the Road Hammers. Take a listen. Before the end of the night you might find yourself just a drink away from Being Awesome. Check out video's of Amy http://www.youtube.com/amyheffernanmusic

National Post - CMW 2010 Q&A by
Q: Auto-Tune. Yes or no, and why?A: Yes, if used to correct little pitch problems or add personality and character to a song.Q: What fuels your band, coffee or booze? A: I'm really into putting...
Soundtrack To My Day by
Being Awesome is Amy Heffernan's first full-length release, released in the second-half of last year, in late August. Amy is a Canadian-born musician who spent some time in Los Angeles before...
Music Review: Introducing Amy Heffernan by Musicgoat.com
Allow me introduce you to an album that has been in my regular rotation the last few months by the name of Being Awesome. Being Awesome is the first full-length release from Amy Heffernan.What I...
CD REVIEW : Being Awesome by AllAccessMagazine.com
Here in Southern California, there a few things impossibly hard to find anymore; promising job opportunities, affordable real estate, and pop/rock albums worth listening to. Fortunately for music...
Amy Heffernan Live @ Molly Malones Review by www.allaccessmagazine.com
Tuesday nights at Molly Malone’s are a lot more tranquil that the weekend madness, but that doesn’t mean the quality of music drops like those last few morsels of Guinness in my pint glass. This...
Amy Heffernan Does Gaga by Bpm Magazine
I love when up and coming artists make covers of some of our guilty pleasures. I know we have all heard our share of Nouvelle Vague cover songs and the fact that everyone who had a gutair made a...
Music Connections Top 100 Unsigned bands by
Amy was listed in the December, 2009 issue of Music Connection Magazine as one of the Top 100 Unsigned Bands.
p
A
n
E
F
Song Title by Artist Name