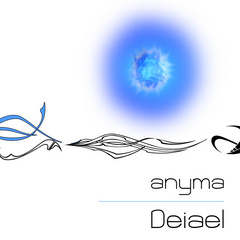 If the term ''renaissance man'' can be applied to any contemporary person, it might be attached to Ghislain Caya, born in Montreal in 1966. The Anyma view of the world is made up of original compositions, color imagery and forays into the seemingly unlimited world of electronic and synthesized music. With a complex yet satisfying mix of computer software, synthesizers, guitars, Latin and African percussion, Ghislain presents an inner spirituality wrapped in a soft cloak of hope. Anyma has been compared to Enigma, Delerium, Enya and Dead Can Dance. He builds on his strength as an arranger and composer, with particular emphasis on getting the correct feel for each composition. Ghislain says he has found his style and identity and nothing will keep him from success. Perhaps the only suggestion a listener can offer to the uninitiated is this: Close your eyes. The breath of life will do the rest.

Anyma's second studio album 'Volume 2' is out by
Get inspired by the seductive and angelic ambient music of Anyma. This album is a sonic mandala that invites the listener to travel into the deepness of imagination. With standout tracks like...
ANYMA RECOGNIZED BY INTERNATIONAL CONTEST by Anymaworld - G.Caya
December, 2008, Quebec native Ghislain Caya recently received the honor of being named Finalist by the Song of the Year ( http://www.songoftheyear.com/ ) songwriting contest. Song of the Year is an...
p
A
n
E
F
Song Title by Artist Name