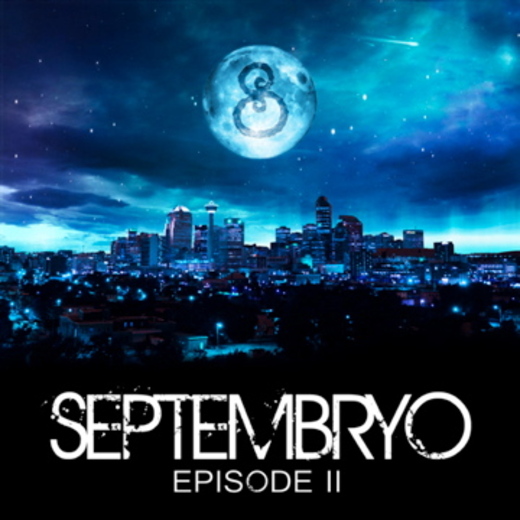 It can be difficult to imagine achieving the kind of success that so many dream of. For Michael 8, Nolan Kelly, and Mickey Valenz of Septembryo, sharing their music with the world is more than just a dream; they believe it is their destiny. Since arriving on the scene with their debut release "The Dreambuilder EP" in August 2011, the trio have already achieved major radio play, headlined outdoor festivals, sold out high capacity venues and have been chosen to perform at the 2012 Calgary Comic & Entertainment Expo.

"We had our eyes on this gig before we even knew it was possible." says drummer Mickey Valenz.

It's this type of determined optimism that can be heard throughout Septembryo's music. Often calling on the listener to believe in surreal possibilities, Septembryo combines these themes with high-energy alternative rock and dreamy electro-pop to encourage their fans to believe anything is possible.

While The Dreambuilder EP (as its name suggests) is helping the group to build the their own dreams, Septembryo’s latest project will aim far beyond their own success and achievements. In place of a new album, Septembryo will soon begin releasing an ongoing stream of new music as part of a new movement they call the "Believe" campaign. Teaming up with some of Calgary's premier talent, the campaign's purpose will be to "once and for all put Calgary on the map".

"Calgary has a long history of exceptional artists leaving their hometown to further pursue their dreams" says singer Michael 8. "Our mission is to make everyone in our city finally believe that Calgary's time has come. There is so much undiscovered talent and untapped potential in this city. If we all just believe, I know we can make it. We can make it together"