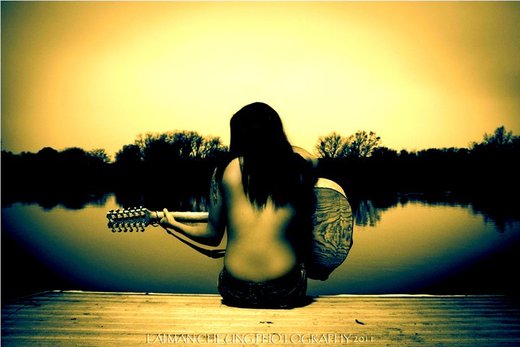 In a world where music with substance is hidden deep underground, Mars Gana emerges on today’s scene with philosophical lyrics, melodic, soul lifting ambience and artful, sub-conscious, musical progression meant to stimulate the soul, awaken the mind and inspire her generation and many to come.

She first discovered her passion for performing when she was unexpectedly put into a situation where she would have to play her high school’s talent show by herself. Taking 3rd place had only inspired her to go for the gold the following year. She placed 1st in the following two years of her high school career which led to taking 1st in the Sacramento County Talent Show. Hundreds of performances later, Mars has acquired divine comfort on stage and has played a number of prestigious venues across the United States, ranging from the Times Square Arts Center to the House of Blues in Hollywood to the California State Fair. She is also a frequent busker, entertaining the passerby of San Francisco and Santa Monica’s Third Street Promenade.

Mars is heavily influenced by the music she was raised with (i.e. Red Hot Chili Peppers, Aretha Franklin, Alice in Chains, Led Zeppelin, A Perfect Circle, Tool, Rammstein, Flyleaf, Deftones, Bjork, Pink Floyd, Aesop Rock, Jewel, Peter Frampton, Incubus, Stevie Nicks, etc.). These mentors, with a combination of life experiences have been the backbone of the perpetually evolving and quite mesmerizing music that Mars shares with the universe today.