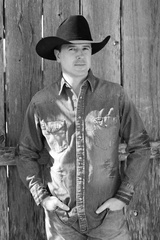 Austin Riley is a Oklahoma native now residing in Nashville, Tennessee.Austin's musical career began like many artists in church singing on Sunday's.As he grew older as a young teenager he fell in love with Country music.He began writing and singing his own songs as well as covers.By the age of fifteen he was singing as a one man show to tracks for VFW' halls and Moose lodges across Oklahoma and Kansas.He moved to Nashville after a short term in the Army to pursue his musical endeavors.Once in Nashville he met a songwriter named Paul Johnson with whom he writes with still to this day after 15 years.The music the writing duo creates is Country music in it's pure form.Austin is currently working on a cd and hopes to develop a fan base of traditional Country followers.

Debut release by OTB productions
Austin Riley music is available at http://cdbaby.com/cd/austinriley. You can also find all the latest information and buzz at http://www.reverbnation.com/austinrileycountry.
p
A
n
E
F
Song Title by Artist Name