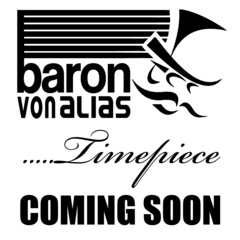 I am the time travelling Baron known as Von Alias I escaped death and was teleported through the fabric of time itself....
explained in more detail in my first outing, the mixtape 'Von Alib' over beats from Madlibs beat konducta album. Then followed up by my project entitled 13th hour produced entirely by the man Arhat. Now with another mixtape on the brink of release just before my first full length debut album you have been warned to expect the unexpected packed with the most amazing mind blowing sounds you never thought possible from the year 1830, get ready for the vortex is opening once again...........