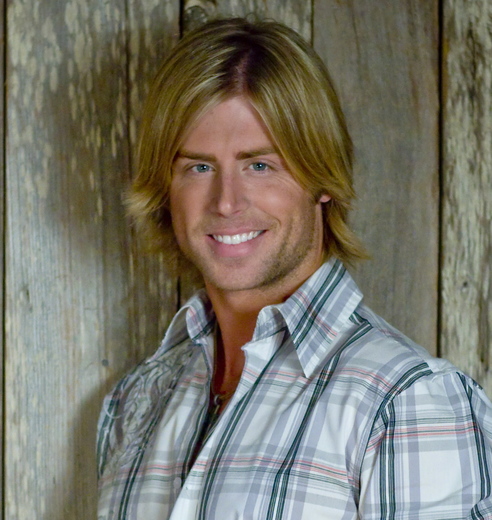 Born in Memphis, Tennessee, Beau Davidson is an international recording artist, songwriter, and actor. Citing Elvis as a main source of inspiration, Beau has always been fascinated by the musical boundaries that Elvis transcended with simultaneous hits on the country, rhythm and blues, and rock ‘n’ roll charts, as well as his ability to effectively translate his musical talent to the big screen . In Memphis, Beau began taking classical piano lessons at age four, but learned contemporary hits like “Great Balls of Fire” by ear. Beau was soon winning regional talent competitions, competing as a finalist in The Mid-South Fair Youth Talent Contest- a contest graced by Elvis, Justin Timberlake and many other talents

Beau then moved to Los Angeles where he guest starred on Days of Our Lives and Gilmore Girls. In between projects, he wrote music that he later released as a digital EP titled “The Good Hurt.” Beau’s debut single, “More Than I Can Give,” catapulted his career: independent of any record label or production company, the corresponding music video was integrated by CMT, GAC, MTV, and Vh1, indicative of the fact that Beau’s music appealed to a diverse audience. This success gave rise to interviews and performances on radio stations all across the country.

Beau was featured on Oprah in 2009, due to their mutual love for Skype, and gained international media attention when asked to pen and premiere an honorary lullaby for Keith Urban and Nicole Kidman’s daughter, Sunday Rose on Australian TV. Beau was named one of “Nashville’s 25 Most Beautiful People” and named one of Cosmopolitan Magazine’s “51 Hottest Bachelors,” representing Tennessee. As a result, he appeared and performed on The Today Show, Fox & Friends, FBN’s The Strategy Room, Entertainment Tonight, and The Daily Buzz. Beau appeared in In Touch magazine’s “Can’t Miss Guide,” in Country Weekly, and Clear Channel selected him to perform on the 2010 Jerry Lewis MDA Telethon live in Las Vegas. He is a ClearChannel featured “Artist to Watch.”

In 2010, Producer Brad Bell of The Bold and the Beautiful created an opportunity for Beau to guest star on the show, both acting and singing the Frank Myers song “You’re All I Ever Wanted.” Beau performed at the American Spirit Pageant (hosted by Mario Lopez), emceed the 2011 Miss Maine/Massachusetts Pageant, judged the Miss United States Pageant finals in Las Vegas, and emcees the Miss North Carolina, South Carolina, Alabama, and Louisiana USA Pageants. He sang with Broadway great Kristin Chenoweth on television for the 2011 CMA Festival and her Grand Ole Opry debut. In 2011, he joined the cast of CMT’s #1 show, The Singing Bee as a lead vocalist. On 11.11.11, Beau returned to The Bold and the Beautiful, premiering his song “Blessed” on a special Veterans Day episode. He also performed the song at the MAACO Las Vegas Bowl live on ESPN in December of 2011 for 40,000 fans. Beau serves as a judge for the 39th Daytime Entertainment Emmy® Awards.

Beau’s documentary style music video “Blessed” that honors the US military debuted on CMT July 4, 2012. It was featured in the annual Boston Pops July 4th Spectacular.

Beau’s insatiable drive, tenacity, and entrepreneurial spirit have enabled him to experience unprecedented success through his own initiative, Pushing musical and career boundaries, in much the same way Elvis did, he finds innovative ways to integrate music with television, film, and other media, while staying committed to the purity and soul of each song. www.beaudavidson.com