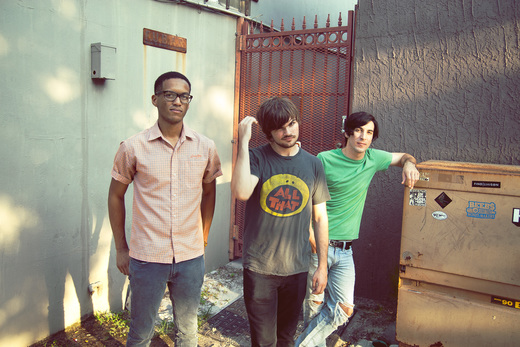 The Vivid is a Garage-Punk/Shoegaze band from Melbourne, FL. We draw influence from key moments throughout rock history, taking cues from the bold onslaught of proto punk and noise rock, to the raw and characteristically daring innovation of 90's post hardcore, grunge, and shoegaze, to the modern focus and intensity of 2000's garage rock revival and its ensuing catalog of genre-blurring bands.

After being an active band for three and a half years, we sat down and recorded material for our debut EP, "Don't Wake The Neighbors." We're eager to make connections and distribute our material beyond our hometown.

Discover: The Vivid by Clifton Watts
THE INBOX GIVETH: Sometimes something cool just lands in your lap. The Vivid is a three-piece outfit hailing from Melbourne, FL. They released the EP, Don’t Wake The Neighbors, in November. It’s an...
The Vivid - "The One From The Park" by Marco Pitino
If you were too young to remember the very early 90s, this song here, something about this song that captures the feeling of a young grunge band starting out. It’s hard to explain, but this song...
Indie Band Spotlight The Vivid by Jared Thompson
The Vivid are from Melbourne, Florida. Cory Young (guitarist) formed the band in 2010 as a cover band of artists they liked. Now, in 2014, they’ve played around our local town and a few surrounding...
New Year/New Music: The Vivid by Matthew Weller
On track, "The One From The Park": "The guitar at the song’s zenith fits the atmosphere perfectly, and then recedes back into the meek plucks that started the song off." On track, "Zero": "Don’t...
p
A
n
E
F
Song Title by Artist Name