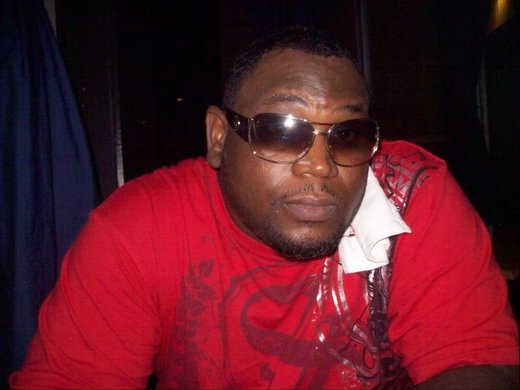 W.K. Jerome Higgs is his birth name. He was born in a small town in Southern Missouri. He moved with his mom to Arkansas back in 1985 where life got in the way of dreaming for better things. Getting involved in street politics landed him in the Department of Corrections for 3 years.

Upon his release, he found a new purpose and a new focus. He started a new movement with his mentor, T. Rodgers. Their vision was to teach kids to stay out of street gangs and to learn how to love themselves. Big Rome joined a community Masonic organization known as Spring Grove Masonic Lodge #305 in his community.

The entertainment industry knows him as Big Rome a man of many talents. Being a member of the Famous Poets Society has bought him wins in their annual poetry contest, In 2002 winning poet of the year & in 2003 winning honorable mention. He is an amazing writer and rapper, being able to put his life story into a swag and a funk that your body automatically moves to. He has seen some success with music placements in  T.V. series such as "Deep In The Valley" which airs on showtime.

“Music Is My Passion” Says Big Rome. Don’t Expect For Him To Stop No Time Soon!

Big Rome Was Nominated For Rap Artist Of The Year (Indie) In The 2010  SCM-Knocdown Awards out of Memphis, Tn. & The AUMA's (Arkansas Urban Music Awards) In 2011. Although He Didn't Win, He has definitly had an impact on the independent realm of the music industry.

Big Rome Is Also Co-Founder Of The A-STATE COALITION (A-State Inc.) Which Recieved An Award At The 4th Annual SCM-Knocdown Awards As "MOVEMENT OF THE YEAR 2011"

He is now working on a new Album/Mixtape Which Will Be Released Soon.

Big Rome Was Also Picked To Have Music Included In The "GLOBAL
ATTACK MIXTAPE SERIES" With Digital Distribution Through "ISLAND DEF JAM DIGITAL" It Will Feature Major Artists, As Well As New Upcoming Artists Like Big Rome .
Check out http://www.international-hiphop.com  For Details...

Big Rome by "The Arkansas Boss"
The entertainment industry knows him as Big Rome a man of many talents. Being a member of the Famous Poets Society has bought him wins in their annual poetry contest, In 2002 winning poet of the...
p
A
n
E
F
Song Title by Artist Name