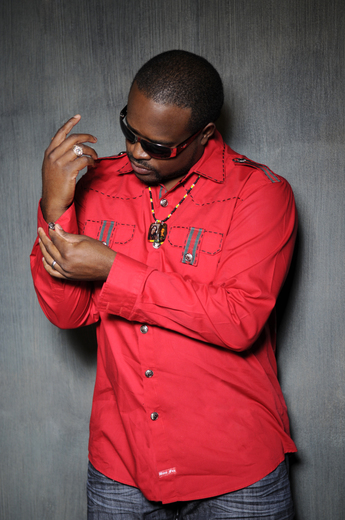 ABOUT THE ARTIST: BILLI BLADE

BilliBlade, born Linval Alexander  Mcknight in Kingston, Jamaica, in 1979, has been recording and writing music for several years. His vocal styles and talent for writing is authentic and unique. He has described his style as a blend of Reggae and Dancehall with R&B and Hip-Hop.

BilliBlade grew up in a poor family with three sisters and one older brother, in the then quiet town of Braeton (Phase 3), in the city of Portmore. His father owned a sound system (disco) in the early 70’s but by the time BilliBlade was born his mother had convinced his father to sell it. Nevertheless music was already engraved in BilliBlade’s DNA and at a young age he started to pen lyrics.

He first started to be drawn to the boy bands in the R&B genre of those days such as Boys II Men, Jodeci and Shai, which inspired him to begin his first set of writings with this genre. BilliBlade used to sing on the street corners with friends as well. What kick-started his passion to jump into the musical waters, however, was when he heard the song, "One Last Cry" by Brian Mcknight, which at the time was a hit by an artist who turns out to share the same last name. This ignited a fire that is still burning in him today. BilliBlade had written R&B songs. However, shortly afterwards at around the age of 12 or 13, he returned to his own authentic and cultural roots: Reggae/Dancehall. This developed his ability to do both genres, but as he grew, his passion for Reggae music took over and that became his focus.

In December 1996, BilliBlade migrated to the United States of America to live the American Dream. After a few years away from music because of college, work and family BilliBlade high-tailed the Reggae train with a renewed focus and determination. He attended Miami-Dade College for three years, from 1997 to 2000 then on to Keiser University between 2002 and 2004, majoring in Business Administration and graduating with an Associates of Arts degree.

BilliBlade got his first taste of professional studio recording around 1999 which saw him working with producers like Dj TC Flexx, Corporal C of Leo Tech Music and Anthrax Beats, which is based in Germany. However, It was Christopher Nelson aka C.Roc, formerly of City Heat, that groomed and molded his talents into what it is today. On December 24th, 2013, BilliBlade recorded on the Leo Tech Music produced Good Vibes Riddim which also featured a track by Singing Melody. The EP has seen good sales since its release on iTunes. He shot and released a music video for his single, “20 To Life” in March 2014, directed by Wayne Benjamin of Fabrikated ProjeX.

In March 2014, BilliBlade decided to spearhead his own label, naming it Orcamusic Entertainment and producing himself on his own riddims, but he has no issues working with other producers, if the opportunity should arise. His first riddim juggling is in its final stages and will be released soon. When asked why he chose to name his label after the whale species, he said:

“Because they are intelligent, majestic mammals that have a unique sound...with a killer instinct!”

BilliBlade is on a mission to make his presence be known to the music world.