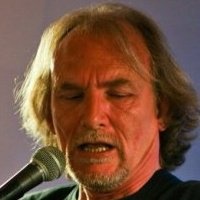 Singer/songwriter/composer Bob Chambers has been writing songs since 1970.

Born and raised in London, his musical career has covered a wide range from gigging in clubs in the U.K., France, Spain, Italy and Greece to involvement in music publishing.

From the mid seventies to mid eighties, Bob was very much involved with his own songs and concentrated most of his time writing and producing his own material. In 1977 Bob formed his own music publishing company “Bobsongs Music”. By 1999 Bob had bought his first computer and Korg Trinity workstation and proceeded to record his own backing tracks for his own solo gigs. He also used his home studio set up to record and release his own songs on his BOMB records label.

He then concentrated his efforts as a composer and wrote and recorded his first album of classically inspired music entitled “Music 4 Movies” . This 16 track collection was made available through one of Bob’s websites www.bobsongsmusic.com and was aimed primarily at people producing film and video.

2008 and Bob released on CDBaby an album of 12 more country flavoured songs entitled “Shortcut to Nashville”.

The Bob Chambers music library keeps on growing with the back catalogue of bobsongs being recorded and released, and new music being composed and recorded, Bob’s musical life is a very busy one.

Bob’s mission now is to place and distribute his music throughout the industry, be it with an artist, music publisher, record company or music library, Bob’s songs are raring to go.