The Adobe Flash Player is required to watch videos on this page
Print B.R.I.C.K.S.'s EPK 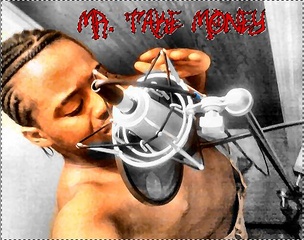 During the start of economic changes in America and the War in Iraq, a brand was being created by the name of B.R.I.C.K.S. it was the start of something great. As he gained access to production tools "Fruity Loops" and started to perfect his writing skills you could tell that the future of this energetic artist would be cinematic.

A native of Cincinnati, Ohio "The Queen City" Larry Wayne Parker "B.R.I.C.K.S" knew that his mysterious past would undoubtedly have an everlasting effect on his future. The youngest of three, having to prove himself was never an option but a necessity with two older sisters. Raised mostly by a single parent mother, Larry always figured that he had to "Put On" for his family no matter how long it took. With a father like a "Ghost" and the spirit of a warrior Larry vowed to never relent in the pursuit of stardom.

Growing up was difficult enough due to the circumstances in his life but music was a way for him to truly escape. Listening to artists such as 8Ball and MJG, No Limit, Snoop Dogg and Tupac Shakur, it made him feel like he was not alone in the struggles of society. Avoiding the temptations of the streets were hard, drugs were near and far plus violence threatened the city like a hurricane. He always stayed to hisself with a soulful beat for life and never had to engage in illegal activities to keep his head above water.

At the tender age of 17 he started to spend endless hours in the studio perfecting his artwork. Working along side other aspiring individuals that formed a group called G.R. "Ghetto Residentz" he would produce tracks and help to write songs. Furthermore he was the featured act on a lightly promoted Mixtape LP "The Showcase" which he got little recognition off of due to his lack of management. He decided that it would be better to continue as a solo artist and engineer his own flow.

In 2005, he embarked on a mission to become more independent, with a child already he understood that being a father was inevitable. Moving to Pennsylvania was a big deal in the small town of Erie, he continued his relationship with a young lady who he soon had two more children by. Love was in his heart and the passion to grind for everything he dreamed of was all he thought about. He began recording and thoroughly analysing his style so that when he returned to the city of Cincinnati it would be long awaited.