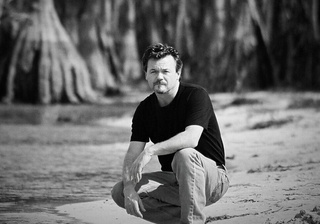 Kevin Breslin is an accomplished singer, songwriter, and keyboard player native to Belfast, Ireland.
As an aspiring musician, he relocated to London, England where the band Energy Orchard was formed. Band members included Bap Kennedy, Paul Toner, Spade McQuaid, Joby Fox, Kevin Breslin, and David Toner; later to include Steve Lawrence. Energy Orchard were signed by MCA Records, and toured Europe, Canada and the United States for several years, producing three albums; Energy Orchard (1990), Stop The Machine (1991), and Shinola (1993). They were later signed by TransAtlantic / Castle Communications, producing two more albums, Painkiller (1995) and Orchardville, double-live (1996); also appearing on The Van Morrison Songbook Tribute Album (1997), Emerald Rock (1995) and Pride and Passion. Energy Orchard's extensive touring allowed them to share the stage with artists such as Van Morrison, Joe Cocker, Steve Earle, Carlos Santana, amongst many others. They also had the privilege of working with legendary producers Mick Glossyp and Glyn Johns.
Kevin's love for music brought him back to the United States, forming the band Celtic Soul, and with many other accomplished musicians, played Celtic festivals along the east coast. Based out of Jacksonville, and later Tampa Florida, Kevin joined forces with the amazing Jim DeVito from Retrophonic Studios in St Augustine as a session keyboard player, recording engineer, and producer.
With the assistance of Stan Lynch from Tom Petty and the Heartbreakers, Jim DeVito, (along with the services of many other local artists including Spade McQuaid); Kevin formed Buffalo Diamond and recorded The Things You Do, released in November of 2005. He has since worked with other musicians on a multitude of session recordings, and is currently working on his next project.
Web Links:
www.myspace.com/buffalodiamond