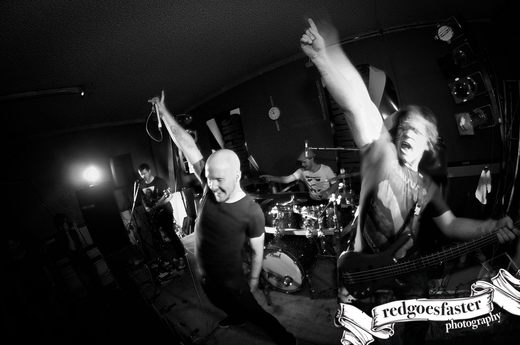 Hailing from Canberra, Australia, the hard hitting four-piece are currently working on their third release ‘King Catalyst’. This EP will be the latest showcase of the group’s ability to blend their trademark aggressive sound with intricate and catchy hooks.

The group entered the studio in late 2011 to begin recording the EP, with the goal of creating a release that was comparable to their live shows.

“We came into the studio with a goal to create that same pure, all-out energy in our recordings that we dedicate to every live show. With King Catalyst I believe we can achieve this. We have this monster of a sound with a real raw element that you don’t hear in a lot of today’s heavily produced recordings”, explains front man Matt Faulkner.

The latest single from the upcoming EP ‘Shadows pt 2’ is a testament to this raw energy, and offers a great taste of things to come.

To promote the new release, the group are looking to tour nationally from late August 2012 until February 2013, with an international tour in preparation from mid 2013.

Escape Hatch A Plan by
Formed four years ago with a fist-pumping sound the band themselves describe as “groove based alternative/rock/punk/metal with a pinch of funk,” ESCAPE SYNDROME can safely be heralded as one of...
p
A
n
E
F
Song Title by Artist Name