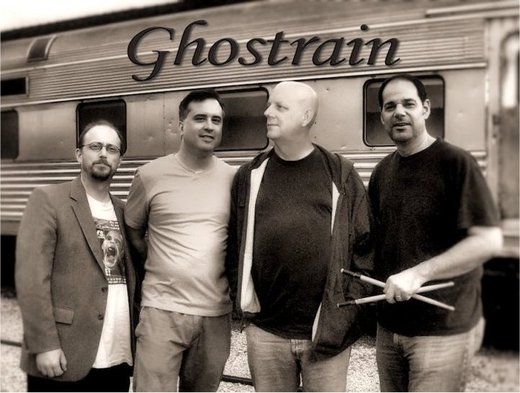 Atlanta based Ghostrain formed in the late 80's and for two years toured across the southeast in a disgustingly wretched Ford van. In 1989 Ghostrain recorded a six song demo at John Keane's studio in Athens, GA famous for recording REM, Widespread Panic, and Cowboy Junkies. In 2011, thanks to social media, original members John King and Glenn Madison discovered they lived 5 minutes apart and ventured forth to reform Ghostrain with Loren Haefer on bass and Ed Mascali on drums. In 2012 the band released their debut album “Ghostrain” which featured insightful lyrics from Glenn Madison and tasteful guitar fills from John King. The album also contained new recordings of some of the original Ghostrain tunes as well as some new material. They have appeared on Pure Indie Rock, Gashouse Radio, Splash Radio, The Penguin Rocks, and have also been featured in Chattanooga’s “Enigma Magazine.” In a short time, the band has become synonymous for delivering high energy rock and roll with a cerebral edge and has earned a devoted following in the Atlanta area.

Enigma Magazine Interview with Ghostrain by
Want to peer into the deep, dark, recesses of Ghostrain's soul? Check out the interview and other cool stuff with Enigma magazine at http://enigmaonline.com
p
A
n
E
F
Song Title by Artist Name