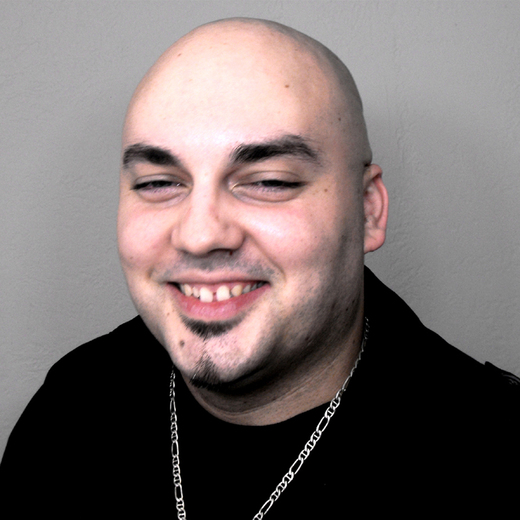 Residing in Dayton, Ohio, xxxopher aka Tha Lone Gunman is a true child of American culture. X was born in Oxford, Ohio on July 31st, 1981, as Christopher Toney. He cried for 6 weeks straight until finally he discovered other noises could be made and the crying gave way to cooing, jabbering, and by the age of 3 years old, singing and playing records non-stop on the family record player. Growing up he watched movies and listened to music in diverse genres from all ends of the entertainment spectrum. This was American culture, everything from Gospel to Rock N' Roll, from the thundering sounds of Christian rock band Petra to the blazing pop hits of Michael Jackson. From the classic sounds of Lynyrd Skynyrd, to the smooth sounds of Boyz II Men, young Christopher was influenced by all the sounds of the 70's, 80's, and 90's. With the aid of the preacher's wife, who was also his piano teacher, Chris wrote his first song, "If I Were You", at the age of 15 for a talent show that was held at the end a week long church summer camp. Sporting simple lyrics and a shallow but heart-felt message, the song did exhibit young Christopher's ear for a catchy melody, and was very well received by the other young campers.

xxxopher says, "When I look at all of the different genres of music and all the different styles that have come out of America through the ages, I see them all as different colors. I don't feel that I have to stick to one style. Instead, I see all genres and styles as different colors on an artists pallet. I take from each one however much I need to paint each unique picture."

xxxopher (pronounced "christopher") has been making stirring soulful noise since he took his first breath of life, but the journey toward a legitimate recording career has been a challenging one at the very least. Plagued with opposition, setbacks, one road block after another, Tha Lone Gunman marches onward and upward, relentless. He is no stranger to feeling isolated and misunderstood, but this is hardly enough to stop a true artist from pursuing his craft. Finally, at the ase of 31, xxxopher is in production on his fourth studio album, and his first mainstream project, fueled by 31 years of living, dying, and being reborn.

xxxopher is a songwriter, producer, singer, rapper, and performer who is dedicated to his craft. As the founder and CEO of Posh Vibe Records, he works exclusively with his friends and crew members Timmie A and Tha don Kenaniah. Preview and purchase all the songs in xxxopher's catalog on Amazon.com, iTunes, and many other major online retailers, and listen to his entire library of music on Spotify, Napster, Rhapsody, and Zune.

God Bless All You x-Fiends :-)