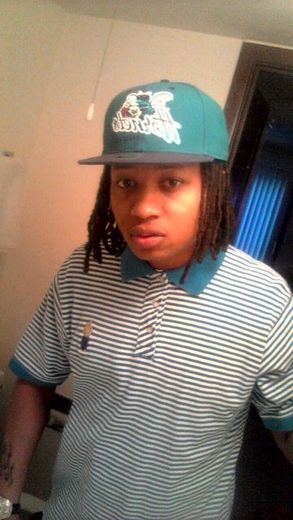 Real name Aaron Jones been raping ever since i was in school. My first love was basketball but I had a passion for music. I would listen to the top artist at the time. I would just rap over they beats or instrumentals . I first started off writing poems that then soon became songs. I use to just rap for fun loved the attention I would get when i would be in rap cyphers. So me and my other group members would record on tape while and instrumental was playing. Yea I kno its sound poor quality but at the time we was just tryna hear ourselves on tape. It all started at my cousin house back in louisiana me and my cousin Money would rap and watch the rap videos and be like they going to be us one day. So we stayed consistant with it and kept up with it and here I am. Basketball was my first love  who didn't want to be Michael Jordan growing up, Penny Hardaway, Allen Iverson, Kobe bryant I believe everybody did. But music took hold of me and I never let go. Songs come easy to me  I been through alot , I seen alot in every aspect, I done a lot so when I hear a beat I go at it. Hooks and bars nobody writes my music but me. I network with a lot of producers hungry producers because Im a hungry artist and the formula works great.

Im in a group its three of us all together but I also am a solo artist also.I have  A DJ, a video man , we need Lights, three mics, hotel rooms, tour bus, wardrobe, etc.

True Magazine issue 56 by Ri
Basically I was in my patna VinnieSwe interview page he is one of my producers and he mentioned me as one of the rappers he work with along with his ceo. He is a up and coming producer and i am a...
p
A
n
E
F
Song Title by Artist Name