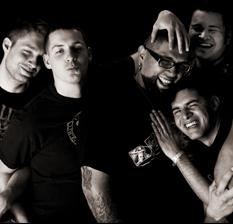 Come Forth By Day

In a genre that includes some of today's very best bands, Come Forth By Day offers an uplifting and invigorating alternative. Influenced by Hardcore, Heavy Metal, & Punk Rock, the band has given birth to a distinctive hybrid sound balancing crushing rhythms against angelic melody. Shortly following the demise of their first project, friends Daniel Ryley, Robert Garcia and John Rocha wanted to start a band that would leave behind the conventional ideals and expectations of a grossly perverted industry. With the addition of newcomers Tommy Sisneros and Ben Martin, Come Forth By Day's vision to establish a group that is free from the demands of popular culture came to fruition. Having shared the stage with some of this era's most influential bands such as Blacklisted, Have Heart, and Parkway Drive, Come Forth By Day has shown that their live performance can be ranked amongst the top of the genre. With the completion of their first full-length album, CFBD is poised to share their aggressive sound and positive outlook with the masses.

CFBD Killed By Maris The Great Coming Soon! by Come Forth By Day
CFBD has been killed by Maris the Great! Photos and interview are up now @ maristhegreat.com and in the April issue of Hails and Horns! Visit us @ comeforthbyday.com or myspace.com/cfbd
p
A
n
E
F
Song Title by Artist Name