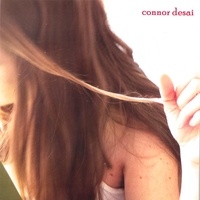 Connor Desai is an electroacoustic indie-pop singer-songstress based in Seattle. Her debut EP (released in 2007) was very well received and garnered several awards, one of which was inclusion on Indie Music Magazine's "Top 25 CDs of 2007" list. Many of her songs have landed in independent films and various top ten podcasts. Her sound has been described by the press as follows:

"Take the easy lightness of Edie Brickell, add in the scratch of Rickie Lee Jones, dip it in hot buttered rum, put it in a smoky jazz nightclub, and you have Connor Desai." (Jennifer Layton, Indie-Music.com) and

"...[Desai sounds] like if Norah Jones had never been discovered and was forced to record in her Brooklyn apartment." (J-sin, Smother Magazine).

As of October 2008, she primarily writes and plays with her band, Secret Stairs, which is set to release a second album early next summer. In addition to recording, Secret Stairs stays busy gigging in and around Seattle, opening for the likes of Greg Laswell and many other internationally recognized acts.

streaming tracks
purchase the CD or mp3
booking and other inquiries

Sexy vocal dances by Smother Magazine
Slowcore fanatics might be amazed with the deft ease that Connor Desai portrays a sound that’s somewhere lost between pop, indie folk, and vocal jazz. Sort of like if Norah Jones had never been...
Hot Buttered Rum by Indie Music Magazine
I melted at the very first notes. Good Lord, where has this voice been all my life? Take the easy lightness of Edie Brickell, add in the scratch of Rickie Lee Jones, dip it in hot buttered rum, put...
Top 25 CD of 2007 - Indie Music Magazine by Indie Music Magazine
This smoky-voiced jazz/pop siren stayed in my CD player for months. My toes melted into the floor each time I heard that croon drift out of my speakers. She gets edgy and raw sometimes, not adverse...
Channeling Feist, Norah Jones by Reviewer Magazine
Connor Desai's self-titled 6-track EP is an impressive debut. Seattle's Desai makes dreamily soulful jazz/pop, reminiscent of Norah Jones or Feist. Her voice is sultry, her lyrics alluring and...