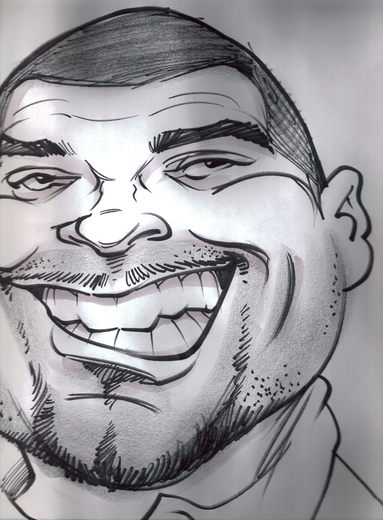 Quadruple murderer Brian Nelson of Momence will either die by lethal injection or he'll spend the rest of his life locked in prison.

There's only one way Nelson will ever leave prison "and that's in a pine box," defense attorney Steven Haney said.

Haney made that reassurance to the Will County jury that will decide whether the 24-year-old is executed or sent to prison to die a natural death.

"Brian Nelson will never ever again live in our society," Haney said at the start of the death penalty hearing Thursday.

The jurors have the "absolute power" to decide if another human lives or dies, Haney noted, and that is an unenviable task.

A decision for the death sentence must be unanimous.

Haney warned each juror to be comfortable with his or her decision "in your minds, in your stomachs and in your hearts."

On Tuesday, the jury convicted Nelson on all counts of first-degree murder, home invasion and aggravated arson. Early on May 31, 2002, Nelson slipped into the Custer Park home of a former girlfriend with whom he was obsessed and killed her and three others there with a crowbar and knife before setting fire to the bodies to hide evidence.

The victims are Sara Tennant, 19; her brother Eric Tennant, 16; their father Harold Tennant, 46; and his girlfriend Jean Bookwalter, 46. Nelson spared the life of 14-month-old Amber, his and Sara's daughter, by carrying her to a car outside the burning farmhouse.

During Thursday's sentencing hearing, prosecutors emphasized Nelson's criminal background by calling to the witness stand a parade of police officers and a man who was knifed by Nelson.

"He lies and he denies," Assistant Attorney General Steve Nate stated of Nelson's habits when confronted by police.

Pious, now 25, testified that he was stabbed and bitten by Nelson during the ensuing struggle.

"He tried to kill me four different times," Pious said.

There were some inconsistencies in what Pious testified and what he had told police after the attack, jurors learned during cross-examination by defense attorney George Lenard. Pious denied that Nelson had accused him of raping Sara.

Nelson was convicted of felony aggravated battery for stabbing Pious. He was sentenced to 12 months of conditional discharge.

Nelson stole three vehicles during April 2000, prosecutors said. He was convicted in Kankakee County of felony unlawful possession of a stolen vehicle and was sentenced to three years in prison.

In March 2000, Nelson burglarized the Tennant farmhouse in Will County and stole guns and ammunition. He was convicted of felony theft and sentenced to two years in prison.

Circuit Judge Gerald Kinney excused an alternate juror Thursday amid rumors that she knew one of the victims or had discussed the case with people in the Wilmington area. The alternate juror denied the allegations when questioned by the judge. The prosecution team recommended that she be excused, however, and the defense lawyers did not object.

The dismissed woman was not involved in any of the deliberations. Two other alternates remain. A jury consists of 12 people. But several "alternates" are chosen to act as a substitute in case a juror cannot continue for some reason.

Stan by Kankakee Daily Journal
Quadruple murderer Brian Nelson of Momence will either die by lethal injection or he'll spend the rest of his life locked in prison. There's only one way Nelson will ever leave prison "and that's...
p
A
n
E
F
Song Title by Artist Name