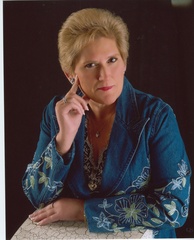 Crystal Rose grew up in a small farming town in South Georgia called Moultrie. As a child her dream to perform music began when her Mother would listen to the radio and all the great hits of Patsy Cline and Loretta Lynn. She fell in love with the music and the idea that one day she would sing and be on the radio. She has never given up on her dream. You could find Crystal where the music was. She loved music so much she would join in singing anytime the opportunity was available. Her dream of being an artist has always lingered on in her heart. In 1991 Crystal took second place in the MDA Gong Show in Crystal River Florida.. She competed and place third in The Colgate Country Show Down in Jacksonville Florida in 2006. Crystal won the regional in the Talent Quest in Ocala and went on to compete in the nationals in Nevada. Crystal performed on the Sun Cruise Casino Boat out of Crystal River and New Port Richey, Florida. With the dream deep in her heart Crystal never hesitated to sing with a small town band. Fact is she has sung with several bands. While playing with bands it was not long until Curtis Gordon and Mel Tillis helped Crystal land her first big job in a band. She began playing with Southern Satisfaction Band at the Rockie II Club in Jacksonville, Florida, where she stayed for six years. During these times she met a great deal of musicians and people in the music industry. She met an artist named Rebel in Jacksonville, Florida. Rebel invited Crystal to a new album and introduction party for a new group called Chosen Few. At this party was the renowned artist by the name of Jeff Cook from the group Alabama. Jeff Cook knew Crystal from the Rocky II Club where he would visit when in Florida. So it was only natural that Crystal perform on this event with not only The Chosen Few but also Trisha Yearwoods bass player Keith and Jeff Cook Crystal is no stranger to the music business and loves performing and brings it 110 % every time she is on stage no matter the size of the venue or the crowd. One or one thousand, Crystal gives it her all every time. Crystal is now a Proud Member of CMA and has not one but 2 CD’s out there , one is Gospel and one is Country with a touch of Blues in a couple songs and Attitude but also retains that Old Country Style. Crystal’s first single “Take Me Back” hit #31 on the Power Source Christian Country Chart and this year has released 2 new singles to the airwaves “If Mama Ain’t Happy” and “I Didn’t See the Angel”. Crystal is also proud of our Military and has a couple Patriotic tunes also on her new CD titled “ Crystal Rose” which is currently on an Indie Label. In the past 2 years Crystal has been happy to donate her time with Charitable Events such as The Charlie Daniels Christmas for Kids where she was part of the Tour Bus the night before and then was all day with the children and spending time with everyone, shopping, singing and having fun. Crystal has also had the chance to perform at the ICM's and do meet and greets all week there as well. Crystal loves getting out in the crowd and being a part of it first hand. From a small Event, to a large Event Crystal remains the same, dedicated to her Music, and proud of Her roots, so keep an eye out, you just may see Her in a Town near you soon.