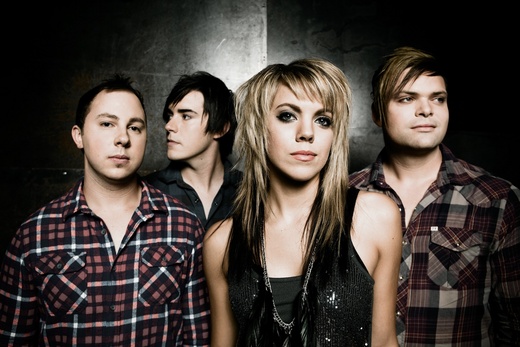 Battle Scars & Broken Hearts, we’ve all got them.
Nashville, TN based alternative buzz band, Darling Parade, hasn’t made it anywhere without a fight, and 2012 was no exception.
Formed in early 2007 against the humble backdrop of fields and farmhouses, Darling Parade came to fruition after lead vocalist Kristin Kearns' asked Nate McCoy and his previous group to play a local show in Southern Illinois.  She was only 15 at the time, but even then, had a way of captivating an audience.  After adding drummer Casey Conrad via Craigslist, and bassist Dustin McCoy ,the group was complete.
After a self-titled EP, and 2010's What You Want, 2011 brought the release of the band's 3rd EP, Until We Say It’s Over, and landed the band the #8 spot on Billboard’s Next Big Sound chart.  The first single “Never Wrong” received airplay on both MTVu and VH1.  It also included, “Remember”, featuring guest vocals by Anberlin frontman, Stephen Christian.
Riding on the success of Until We Say It’s Over in the spring of 2012, Darling Parade landed their first national tour with Cassadee Pope (Hey Monday, NBC's The Voice), and set out to make their mark across the country.  The band quickly followed up with a national headlining tour, and then headed home to regroup.
Shortly after returning home, they knew it was time to do something they had not yet attempted; record a full-length album. Lacking the funds to embark on such an endeavor, the fans stepped up in a huge way; fully backing a Kickstarter effort to raise $16,000 and funding the recording of the new album.
Darling Parade went through several life changing situations throughout the course of a few years, as bands do from time to time. The group, along with their long time Producer and friend, Jon King (Augustana, Throwing Gravity, 3 Pill Morning), retreated to a remote cabin in Western KY, to clear their minds and make sense of the chaos.  Out of that adversity, Battle Scars & Broken Hearts was born.  Written entirely over a period of only a few weeks, it represents a snapshot in time of the band coming to terms with some of their weakest moments, and finding the will to rise above them.
“The whole album has a common theme of overcoming struggle,”  says Kearns.
“It’s really about realizing that no one has control over your life but you, and moving past negativity.”
The next four months were spent working day in and day out in the studio.  “We really took a different approach with this album, we took the time to explore every tone, and took a lot of chances” says McCoy.
The band made huge strides forward musically as well,  melding all of their influences to create a sound that’s infectious, refreshing, and all their own.   In-your-face guitars and relentless drumming dominate the album, while Kristin’s thunder in a bottle voice can only be described as a beautifully controlled chaos.
Partnering with King’s Nashville based label, Page 2 Music, Battle Scars & Broken Hearts will be released world-wide April 2nd, 2013.
Darling Parade’s music has been featured extensively on ABC Family’s “The Lying Game”, The CW’s Flygirls, Syfy’s Stargate Universe, and Showtime’s Shameless.  They’ve shared the stage with Cassadee Pope, Chevelle, Red Jumpsuit Apparatus,  Stephen Jerzak, Plumb,  The Ataris,  and more. 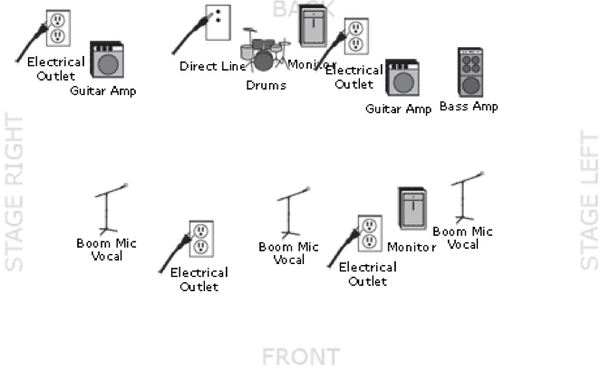 Darling Parade by Kings of A&R
Listen to Lose You by Darling Parade. The songs were produced by Jon King (Augustana, The Rust ,The October). Upcoming performances with Switchfoot and The Rust. Contact: info@darlingparade.com
Catches the Amtrac, Watches a Parade by Hitts Daily Double
ON DECKDarling Parade (https://www.facebook.com/darlingparade): These Nashville-based pop rockers, fronted by the gorgeous Kristin Kearns, are winning over crowds every night with their catchy...
Darling Parade by Daily Unsigned
Darling Parade – Nashville, TNDarling Parade is an amazing Rock band that we were very lucky to discover several weeks back and like all of the bands that we feature on Daily Unsigned…we fell...
p
A
n
E
F
Song Title by Artist Name