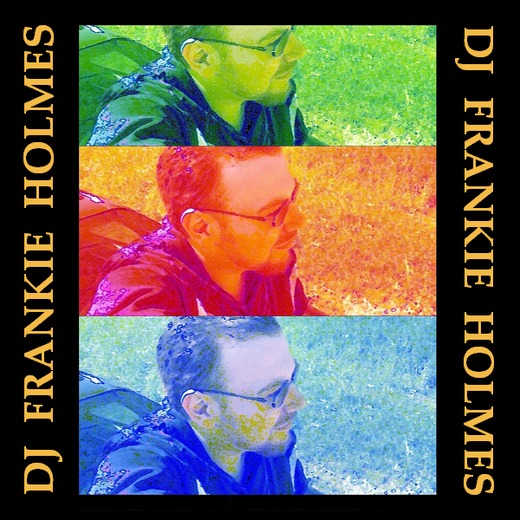 DJ Frankie Holmes is a solo artist from Chicago who has been writing electronic music since 1999. His real name is Emery Frank Harmon IV and he was born in 1978. DJ Frankie's style is experimental dance music mainly but he does many different styles as well. In the year 2011 DJ Frankie produced one full length album and another full album worth of singles. His best work was just released in the last month of that year. For 2012 this artist has released 30 new songs already...

Song number 5 for the year 2012, Living Beyond, indicates a change in direction for this artist. DJ Frankie is now pushing beyond the boundaries he previously was restrained by and opening up a whole new world of sonic frontiers! Inspired by great unsigned artists all across the world wide web, he is ready now to try some new song writing techniques. Check back often for new music, 2012 is truly an exciting year in music and it's just getting started!

For the year 2013 DJ Frankie has released about 10 songs so far in the first two months of this year. One of these songs "Amsterdam Love" is a collaboration with the female music artist and vocalist 3v3sound from the Netherlands. This was the first time ever that DJ Frankie had a female vocalist for one of his songs and this song shows off DJ Frankie's skills in creating an instrumental track for a vocal performance. The next song planned with 3v3sound is called "Dreams of Romance" and should be out sometime in March of 2013. His physical health is very poor at this time and DJ Frankie may not be around for much longer but his music will live on and he hopes people from this generation and future ones will enjoy and be touched by his music for many years to come.

DJ Frankie Holmes has been listening to the music of the Musical Starstreams Radio program hosted by Forest and music from the Waveform Catalogue since the early 1990's. Infinitely inspired by this "exotic electronica" and "ambient dub", these great artists form the foundation of everything DJ Frankie is about musically. He purchased 35 albums from the WaveformHQ website and listened to them all, hoping to shape his own style in a positive direction.

Perhaps the Top 5 influences for DJ Frankie are; Deep Forest, B-tribe, The Future Sound of London, Fischerspooner, and The Prodigy. He has also been greatly inspired by Bass Music for car stereo, such as Bass Boy, Techmaster P.E.B., Bass Invaders, and DJ Magic Mike, though these influences are not as apparent in DJ Frankie's music.

Search for DJ Frankie Holmes on the web to find many other ways to listen and lots more songs, there are almost 200 different songs online at this time... There are many places to listen and download DJ Frankie's music!