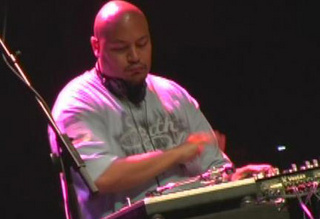 A little about me. I started Djing at age 14. I've partnered with some great DJs and crews like In The Groove Productions. I also teamed up with one of the greatest DJs I've known personally, Brian "Polo The Kid" Bell who was known as Scratchmaster at the time and another DJ by the name of K-Lo and we became the first DJs to do live mixing on the radio in Indianapolis. This was on the North Central Radio station WJEL. I've done several College parties including Little Five and several Fraternity and Sorority events. Along the way, I have done many Black Expo and Circle City Classic events and also a great number of after parties for some of the biggest names in Hip Hop. In 1995 I got with a new click known as The Flex Squad. I teamed up with the Ice Man from New York, we did several hot venues including Catch Wreck 95', hosted by BET, and several big after parties for the likes of: Lords of the Underground, X-Clan, Prince and Outkast. Along the way I even had the privilege of Djing with UTFO's Mix Master Ice, DJ Tat Money and many others. Currently I DJ for a Band called Hypnocinema and a Reggae Artist by the name of Kingly T. I am currently working on several musical projects and am almost in the process of releasing my own Album. I want my Album to represent the vastness and endless possibilities in the realm of musical creativity and expression. I hope to bring the elements of a very New Age/Progressive/Turntablist sound and blend it into a very unique musical sound that music lovers will enjoy!!