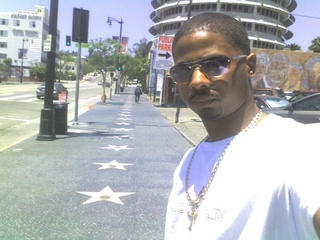 D Mac is a CEO/ Rap Artist/ Producer born and raised in Indianapolis, IN. Mac has been involved with music for many years. While being around music at such an early age D Mac began to emerge on the scene with a new talent. Rapping at the age of 13 D Mac began ripping up the stages of talent shows throughout the city. After a short break from the music scene D Mac went to the studio with long time friend and producer Yogi to start recording his first solo album (Now Or Never). D Mac has opened up for major acts such as Digital Underground, B-Legit and the WWE to name a few.

D Macon is #2 on the charts by
D MAC'S single GOT to MAKE IT Made #2 on artistunderground.com
D Macon Tops The Charts by
D MAC'S hit single YA BOY MAC made #1 on Artist Underground.com
NEW CD ON LINE NOW by www.werunitrecords.com
NEW CD ON LINE NOW Making Tracks is a two disc CD collection with over 30 tracks. Making Tracks includes two uniquely arranged discs; one instrumental and one vocal. In collaboration with Samantha...
D Mac and We Run It Records featured on ICINDY MAG by http://houseofgenre.icindymag.
We Run It Records is featured on IC INDY MAG
p
A
n
E
F
Song Title by Artist Name