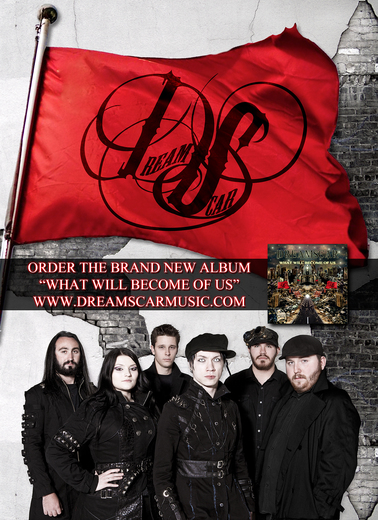 Considering how many bands come and go within the Las Vegas scene, it’s hard to think that there are any stable bands anymore. Although some upcoming bands have amazing talent, Dreamscar has set themselves a part. Since being established in 2005 they have reinvented themselves many times, finally settling on the stacked line up many fans see today. This along with their musical talent has made themselves a standard of achievement rather than just another band.

The name Dreamscar came about through conversation. It was something that Pat thought of a while ago; when it was introduced to the other band members it stuck and Dreamscar was born. So what is Dreamscar? It is described as a dream that stays with a person, good or bad; a dream that will forever be in one’s mind. The band Dreamscar hopes to do just that. Through their music they hope to make an impression that will stay with fans, old and new.

Their distinct sound comes from many inspirations. Artists such as Slipknot, Korn, and Metallica are to be expected; these bands have certainly set the pace for upcoming bands such as Dreamscar to be here. What are interesting are the softer mainstream bands that have made an impression. These bands include The Doors, No Doubt, and Seether. With such strong inspirations it’s not wonder Dreamscar has made such a splash.

The music this band produces is considered by their band members as Movie Metal; the type of songs one could hear on a movie soundtrack. Each member brings their A-game and steps up to the plate every time. The product is a clean sound by one of the hardest working bands. Keep an eye on this band; they’re destined to go somewhere. 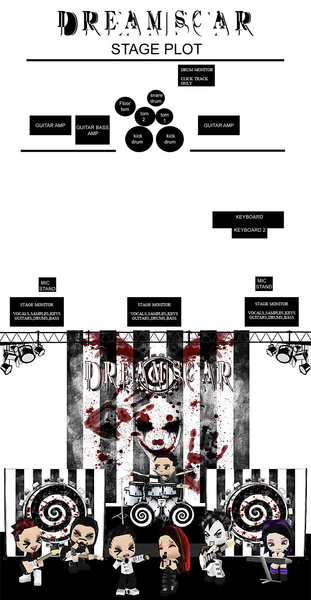