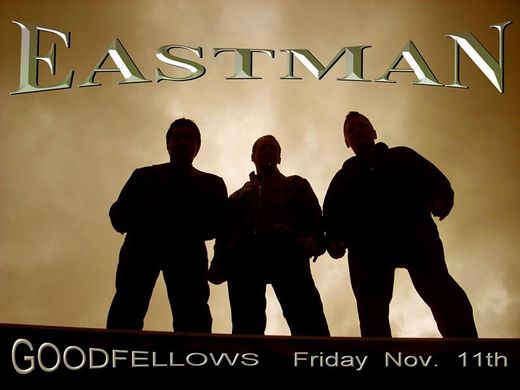 Made Top-40 by OURSTAGE NATIONAL TOP 40 ROCK LIST [Dec. 2010]
Eastman Band"s "Blood Suckin Bastardsclimbed the charts to #23 in hard rock in less than 2 months after being posted on Ourstage.com
And the winner is… by The Grand Finale of 2011′s Last Band Standing at t
With The Lowmen not able to play due to a schedule conflict, there were four bands entering the finals – Atension, Eastman Band, This Patch of Sky, and Harness Unseen. We had a stunning turnout –...
The Club Circuit hits Goodfellas for Eastman Band, by The Club Circuit in Eugene Band Reviews, Spotlight
Their covers of U2′s “New Year’s Day” and Coldplay’s “Clocks” were amazing, not just an attempt to replay the same song the same way (as most covers are done), they made them their own – this wasn’...
p
A
n
E
F
Song Title by Artist Name