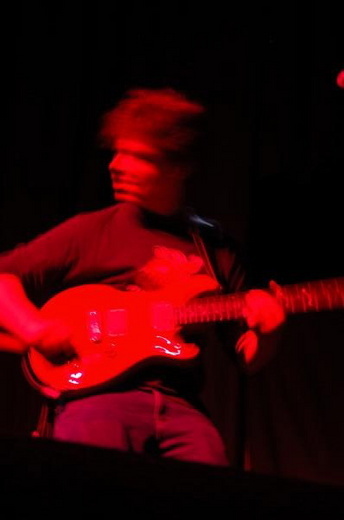 Josh Klein is a born improvisor. Klein's love of music began back in the second grade where he started to learn guitar and clarinet. Within just a short time, Josh was studying with John Zahn, a prolific guitar teacher in his hometown of Rockville, MD. Throughout his schooling Josh continued his love of music performing with jazz ensembles, marching band and even playing timpani for the schools symphonic band. During these years Josh also studied with prestigious guitar teachers such as Rob Macomber, a Berklee graduate and recording guru. Others teachers included guitar players for the Navy Jazz Ensemble and Army Blues; Walt Johns, who focused primarily on classical music; the other Paul Wingo, who specialized in jazz study and continues performing to this day.

For several years Josh attended DePaul University in Chicago. There he studied jazz with Bob Lark, Bob Palmieri, and Peter Ballin and classical composition and music history with Mark Maxwell and George Flynn. Throughout his college years Josh continued to teach students of all ages in his private studio. Klein has taught through Guitar Center, The Lesson Center, Siman Music Camps, Merry Melody Music Academy in Norwood MA, Day Jams summer rock and roll camps, and now is at The Community Music School of Allentown.

Formerly founder of the musician's collective Josh Klein & Friends, Josh collected nearly 6 full albums of entirely improvised music, and provided live entertainment for many nights in small clubs around Boston with that group.  Much of this music is available here for FREE!

Nowadays Josh enjoys being a soloist.  Performing on up to three instruments at once, he seems to not need a band to perform lively rock n roll music.  You can find him performing in various clubs in the Lehigh Valley area and beyond, drawing from classic popular music and his own original repertoire.  He also acts as back-up band for other local musicians.  Check the tour dates section for more information.

One vocal mic, DI for acoustic guitar, and drum microphones.  I use a bass drum and hi-hat only.