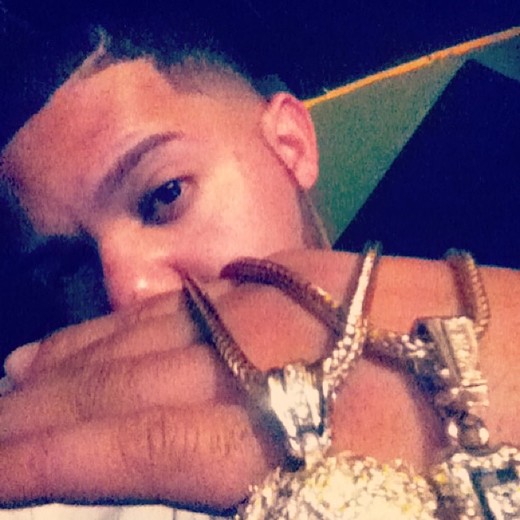 Growing up half Dominican and Puerto Rican in Lawrence, MA, Elsha was surrounded by Latin music and culture. He infused this culture into his latest release “Asi” a Merengue Mambo, an urban form of traditional Merengue. Since it’s release “Asi” is making a large impact and has become one of Elsha’s most popular songs.
However, Elsha is a bilingual artist who creates music in both English and Spanish and across many genres. His musical talents range from Latin pop to American hip hop. This has made him very well known amongst both Latin and American communities. He has performed alongside some of Latin and American music’s most popular artists.  Using his culture, his experiences, and his love of all types of music, Elsha is generating a new sound in the music industry, his own. A combination of Latin, Hip Hop, R&B, and Pop, his sound reaches a vast audience as is evident by his diverse fan base.
Elsha’s video releases have garnered over 500,000 Internet views as an independent artist. His Internet success is accredited to a strong in house viral campaign which utilizes social media websites including Facebook, Twitter, YouTube, Myspace, and many more.

Elsha is continuously in the studio perfecting his craft. Testing new concepts and merging music genres, he has created some new records that he is eager to release to his fans. When asked which of his songs is his favorite, he answers “The one that I am working on now!”

He is definitely getting a lot of attention these days. Be on the lookout for Elsha’s music hitting the radio soon!

1.air planes paid for for three plus 2 hotel rooms no motels!
transportaion provided to and from hotel to event
2.cordless mic's 2
3.seperate room to change/chill
with couch in it bottled water and finger foods
if dancers are brought then a room for them also
4.good sound system with engineer
5.must have a stage with proper connection for dj
elshamusic's Stage Plot

elsha music hits it big with new single by
Outta this world is elsha's new single that is blowing up all over Florida that beat reminds you that it’s Friday night and it times to party the words in the song are very catchy You will be...
p
A
n
E
F
Song Title by Artist Name